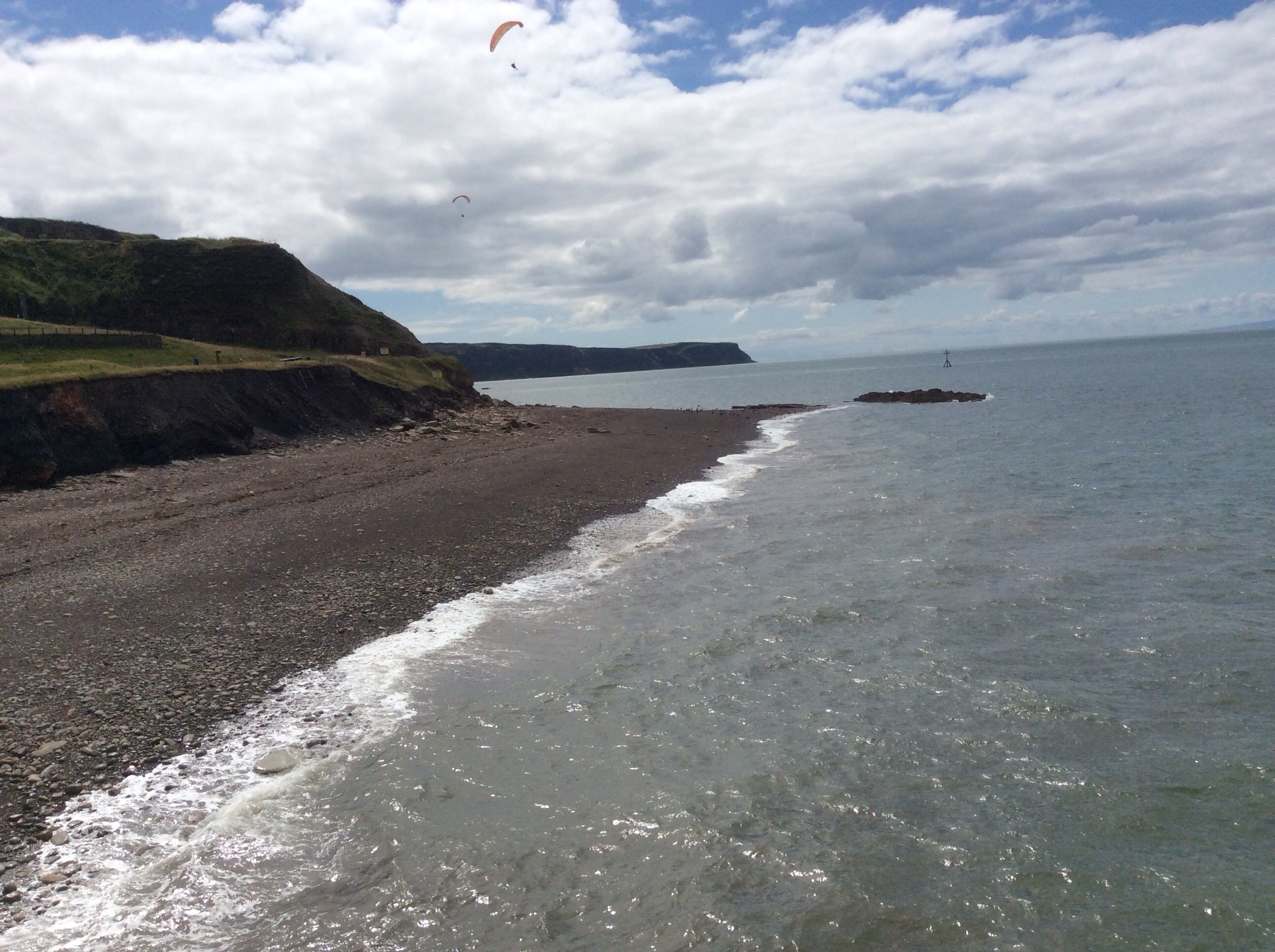 A new report out today reveals a 20 per cent decline over the last 10 years in the amount of people visiting the British coast for a day out each year with over half the nation having not had a single day trip to the coast in the last 12 months.
The comparative study of 9,000people by the National Trust over a 10 year period, details a steady decline in the nation’s feelings of connectedness to the coast despite the research showing that 88 per cent of adults in England, Wales and Northern Ireland regard the coast as a national treasure.
Feeling connected to the coast is also on the decline in younger generations with only 14 per cent of 18-24 year olds saying that their happiest childhood memory is being by the sea, which is half the national average (29 per cent). This rises to 38 per cent of 55+ year olds.

Coastal value in the older generations sees 94 per cent of those aged 55+ agreeing that it is important that all parents give their children the opportunity to experience the UK’s coast or seaside. 88 per cent of people with children in their household also agree, and this falls to 77 per cent agreement amongst those aged 18-24.

The biggest barrier stopping people hitting the shores more often has been revealed as not having enough spare time to get to the coast.

Additional reasons credited to the decline were: UK coasts being too busy when the weather is nice (23 per cent); too expensive (18 per cent); not having easy access to transport (17 per cent) and; preferring to go abroad than holiday on Britain’s coast (14 per cent).

Commenting on the findings, Dr Philip Long, Head of Tourism at Bournemouth University, says: “The steep decline in visitor numbers to the British coast over the past 10 years revealed by the National Trust is disturbing for me, and a number of possible inter-related causes may underlie this.”

Cost barriers are of course a concern with families, also another factor may be the increase in recent years of many British cities becoming attractive places to visit with some, such as Sheffield, recreating a seaside resort with an ‘Urban Beach’ in the city centre.”

Despite the study revealing a worrying decline in people visiting the British coast, there is an overwhelming sense of pride and affection for our shores with 81 per cent of people agreeing that our coastline makes this country a better place to live and more than one in five (22 per cent) day dreaming of the coast during everyday life.

To help the nation reconnect with the coast and reverse the trends highlighted in the research, the National Trust is set to bring the coast to landlocked cities across the UK with a full coastal sensory experience in the form of a giant  Shellsphere.

Raising awareness of the role the charity plays in caring for the UK coast, the Shellsphere will be embarking on a nationwide tour bringing the sea to the city on 28 August when Manchester City Centre will be the venue for a giant travelling ‘shellsphere’ which gives passers by the opportunity to see, smell, hear and taste the sea. Senses will be triggered by the aromas of salty sea air, seaweed, caves, rock pools, the sounds of waves and seagulls.

Gwen Potter, National Trust Wildlife & Countryside Ranger, commented: ‘The British coastline is a magical place and can offer such a diverse range of experiences – from a coastal walk to rock-pooling and just feeling a sense of freedom when kicking off your shoes. I think the coast offers a real sense of togetherness when you visit with loved ones, and this is what makes the coast so special to me.

‘We’re hoping that the Shellsphere will trigger people’s love of the coast and encourage them to explore the great British coastline this summer and beyond and create everlasting memories with their loved ones.’

2015 sees the 50th anniversary of the Trust’s Neptune Coastline Campaign – one of the longest running environmental campaigns in western Europe which has resulted in the charity managing 775 miles of coast in England, Wales and Northern Ireland, equating to over 10% of the UK’s coastline.

To celebrate this milestone and as part of a wider summer-long campaign, the Trust is inviting members of the public to help one of Britain’s most celebrated poets, Dr John Cooper Clarke, complete the ‘Nation’s Ode to the Coast’ – reminding the people of the UK of just what the coast can offer. The nation is now invited to help finish the poem by sharing their memories and love of the coast using #lovethecoast.

In addition to Shellsphere, there will be a variety of national and regional activities taking place throughout the summer, from contributing to a coastal sound mapping project, to working with writers, artists and musicians to capture what the coast means to the nation and encouraging families to enjoy days out at their nearest coastline.

Apprenticeships are failing working class school leavers, and will undermine efforts to level up...