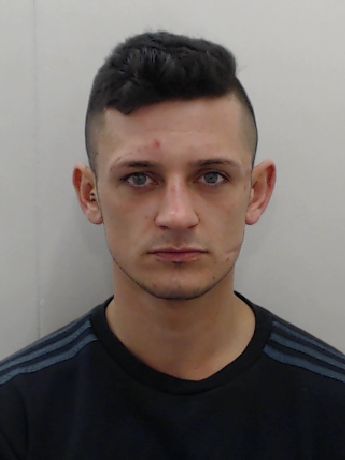 A man from Crumpsall who was found with more than £40,000 worth of drugs has been jailed.

Rhys Grimshaw,26, of Ingleton Avenue, pleaded guilty to possession of Class A, B and C drugs and has today been sentenced to three years in prison at Manchester Crown Court.

On Wednesday 2 November 2016, police “who had been investigating the supply and possession of illegal drugs in the Crumpsall area, carried out a search of a property on Ingleton Avenue.

Officers found a large number of packages filled with a white powder and tests revealed that it was Mephedrone, also known as ‘Meow Meow.’

As the search continued, they discovered more packages containing methamphetamines, otherwise known as the Class A controlled drug, also known as ‘crystal meth,’ and a significant amount of cash hidden in a safe.

After recovering more than £40,000 worth of drugs from Grimshaw’s address, he was arrested and charged.

Detective Inspector Paul Walker of GMP’s Challenger team, said: “Grimshaw dealt these dangerous and sometimes volatile drugs, giving no thought to the impact it could have on the people who were taking them.

“The fact that Grimshaw’s bedroom was filled with packages of different substances is a clear indication of how consumed he was by this illegal activity.

“Today, result, with Grimshaw behind bars, there’s one less person out there dealing with these illegal drugs.

“A lot of hard work has gone into securing this sentence and I hope this demonstrates our commitment as a team to protect our communities from dangerous and illegal substances.”

Attempted rape in Rusholme in early hours of this morning