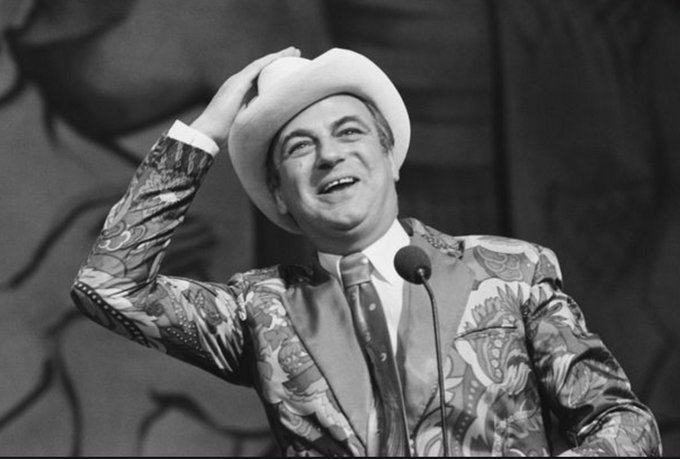 Fans have been taking to Twitter to pay tribute to the Actor and Comedian Roy Hudd who has died at the age of 83.

“Bravo, Roy Hudd. I hope you can hear the applause thundering in your ears. What a turn. What an archive. What company. Now you can give Max Miller his hat back.”

Farewell to the wonderful Roy Hudd. A great comic and actor. One of those joyous people who feel like they’ve been with us forever. He was in a ‘Randall & Hopkirk’ I wrote with @dysonjeremy and improvised the band’s sign off as “Jock Strap and his Two Swingers there!” RIP Maestro”

Hudd first broke into TV appearing on the BBC’s Not So Much A Programme, More A Way of Life, which also featured David Frost, William Rushton, John Bird, Michael Crawford and Eleanor Bron.

He also co-wrote and played the part of Bud Flanagan in the musical Underneath the Arches.

Hudd made his professional debut as a comedian in 1957 at the Streatham Hill Theatre.

In 1958, he joined the Redcoats at Butlin’s Clacton and worked alongside Sir Cliff Richard and Dave Allen.

Hudd was an authority on music hall and was also president of the British Music Hall Society,

Salford man jailed for charging asylum seekers thousands of pounds to bring them to...

Tougher Tiers passed in Parliament but a significant number of Tories vote against the...