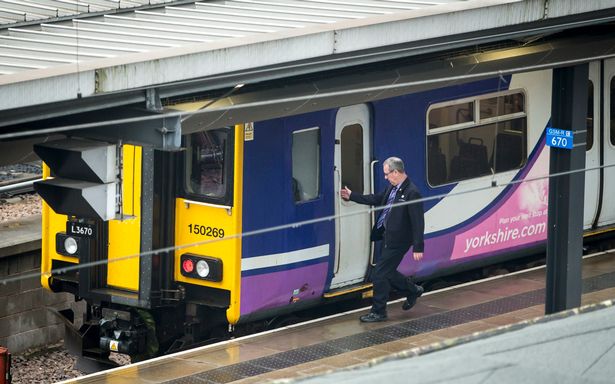 Last week’s budget – in which the publication of the long-awaited National Infrastructure Strategy was delayed until later in the spring – focused on roadbuilding and largely ignored railway travel. Ministers have said they will spend around £48 billion on rail between now and 2024, but four-fifths of this is already earmarked for routine maintenance.

With HS2 not due to arrive until 2031 (Birmingham) or 2040 (Manchester) at the earliest, Channel Four Dispatches reporter Liam Halligan investigates “quick fix” improvements that can be made to our rail network now, enhancing the service before the next election.

Dispatches uncovers that 20 miles of useable spare rail carriages are lying idle in sidings and depots across the country. According to industry experts, the stock is worth at least £3bn and translates to over 110,000 seats.

Many of the carriages are electric and could be used on electrified lines if the government hadn’t delayed and cancelled electrification projects in 2017. Some of the carriages are ready to be used tomorrow, while others would need minor adjustments to meet recent accessibility regulations. Meanwhile many commuters across the country struggle to get on trains or fail to get a seat because services don’t have enough carriages.

Dispatches commissioned some independent research conducted by academic and rail expert Marcus Mayers from Manchester Metropolitan University, which reveals that: rail users in the North of England are spending an extra 165 million hours a year on trains compared to rail users in London and the Southeast due to lack of network electrification.

This translates to 40 extra minutes per day (20 minutes each way) per person on average. Electric trains are faster and more reliable than diesel trains meaning more services can be run on a route.

Only 38% of Britain’s rail network is electrified, with past electrification benefitting the South of England disproportionately.

n September 2018, Theresa May’s Government announced a “root and branch” review of the rail industry led by former British Airways executive Keith Williams. It was supposed to make a series of ambitious recommendations that would transform the rail industry, reduce disruption and simplify fares. It was initially due to be published at the end of 2019 but has been delayed. Government sources have revealed to Dispatches that this is because the ‘policy recommendations’ section at the end of the review is completely blank. Those involved in the review have been unable to agree a way forward for Britain’s rail network, while passengers continue to suffer.

Senior Conservative Huw Merriman MP told Dispatches that the review might not be published until after the summer, he added: “There is a lot that’s currently being delayed because the Williams review has not come out. The difficulty is that there are long term decisions that need to be made. Right now, we’re all being told that we have to wait for Williams. Therefore, if the answers aren’t in Williams, then where are they?”

In January 2020, failing train operator Northern Rail was renationalised after years of train cancellations and delays.

But a senior Northern Rail Executive told Dispatches correspondent Liam Halligan that they were “set up to fail” by the Government. They claim they were promised vital upgrades would be made to the rail network in Manchester and across the North. But shortly after the franchise agreement was signed in 2015 the government made it clear that the promised upgrades were not going to be delivered. Northern executives say this made it impossible to run their trains on time.

The Manchester Chamber of Commerce shows Dispatches a letter it was sent by the Department for Transport in 2012 promising essential upgrades in Manchester, including to the Castlefield Corridor, a notorious pinch point across the city that causes regular delays across the UK network.  The work has still not been completed. The Chamber’s Head of Research Subrahmaniam Krishnan-Harihara tells Dispatches: “This Government because it has got the agenda to level up in a region outside of London should make this a priority”