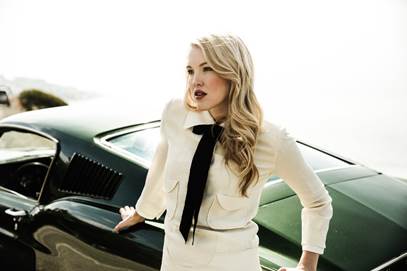 CMA Songwriters Series has a track record of launching new artists through its intimate storytelling format, which allows audiences to get to know the artists, their journey and the stories behind their songs. The two-hour seated show features the artists together on stage, taking turns sharing a story before performing their song acoustically. Each CMA Songwriters Series is unique—uplifting, amusing and often emotional, leaving audiences feeling closer to the artists and the music.

The tour introduces DeStefano, Ashton and Townes to U.K. audiences for the first time as they join Campbell making her fourth appearance.

“Presenting this very Nashville experience in an international setting not only makes for a magical evening, but it truly forges a deeper connection to the music for new audiences,” said Milly Olykan, CMA Vice President, International Relations and Development. “The artists on this tour represent a true cross section of Country Music and we’re honored to be part of their journey as they build their international base.”

The tour dates continue to further CMA’s global expansion initiatives. In the U.K. alone, Country Music streaming is up more than 50 percent this year compared to 2017, where 78 percent of Country fans listen to a greater and more varied number of Country artists compared to last year, while 80 percent of Country fans are interested in and seek out more live Country Music shows and events. Earlier this spring, CMA visited both the U.K. during C2C: Country to Country festival—where CMA Songwriters Series held a sold-out show at London’s indigo at The O2—as well as Australia during CMC Rocks QLD festival.

The tour comes to Manchester on the 20th October

Tickets are on sale this Friday, August 3 at CMASongwritersSeries.com.

Festival of Manchester – countdown now on