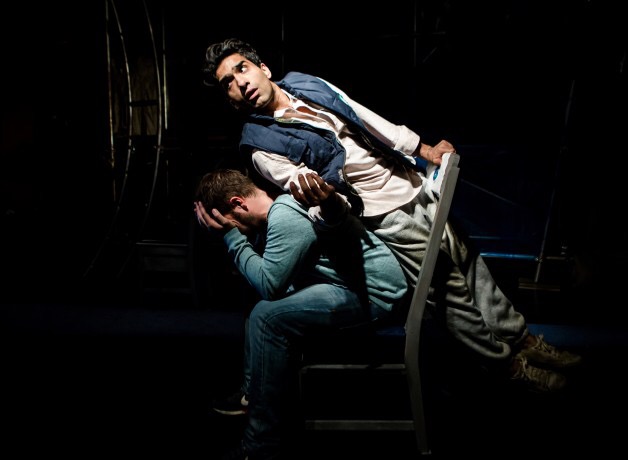 A powerful story on the highly topical issue of migration in extreme circumstances is coming to Home in Manchester early next month.

Stowaway tells the story of a man from India risks life and limb to make a better life for himself in the West by hiding in the wheel-arch of a commercial airliner on its way to the UK, only for his frozen body to be found in the car park of a B&Q DIY store in a leafy outer London suburb.

Written and directed by Hannah Barker and Lewis Hetherington, and inspired by a number of real-life stories of bodies found along the flight paths of the South East’s busy airports in similar circumstances, Stowaway, presented by Analogue Theatre, is the story of an extraordinary journey in search of an impossible future.

In researching the production, Barker and Hetherington undertook a trip to Chennai and Kolkata in India in 2012, where they took with them the newspaper article that inspired the show. Back in the UK, they met with refugees, asylum seekers, and migrants from all over the world, including second- or third- generation Pakistanis, Indians, Africans, and Syrians.

Every meeting offered them a new interpretation of the story, and raised important questions about the sensitivities of telling someone’s story when they come from a world so different, questions that have become central to this production.
With the skeleton of a plane cutting across the stage, Stowaway flies back and forth through time and place, to present a compelling piece of physical theatre that looks at migration, globalisation, and storytelling as a political act.

“Stowaway is our attempt to tell a version of this story, inspired by some remarkable real-life accounts of migration,” explains co-writer and co-director Hannah Barker. “We hope it might open a door for some vital conversations about shocking events of migration in desperate circumstances that continue to unfold all around us today, events that have sadly become ever more present in our consciousness since we started making this show.”

After the performance on Fri 6 May, and presented in association with CIDRAL at Manchester University, there will be a discussion between members of the company and professor Stephen Bottoms (Contemporary Theatre and Performance) and Dr Jonathan Darling (Senior Lecturer in Human Geography), both from Manchester University.