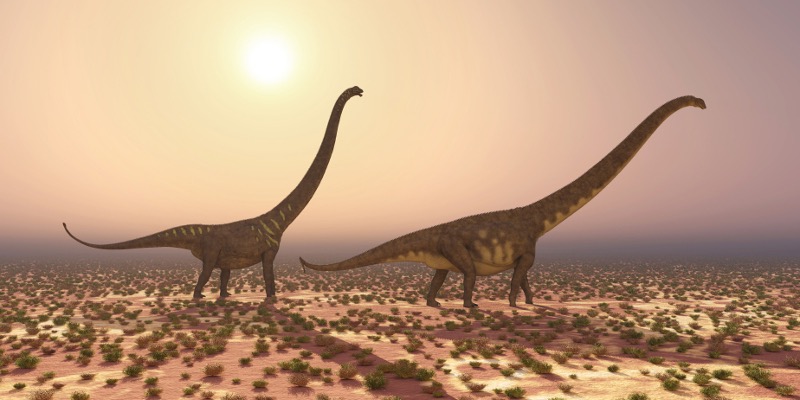 Researchers have used ‘network theory’ for the first time to visually depict the movement of dinosaurs around the world during the Mesozoic Era – including a curious exodus from Europe.
The research, published today in the Journal of Biogeography, also reaffirms previous studies that have found that dinosaurs continued to migrate to all parts of the world after the ‘supercontinent’ Pangaea split into land masses that are separated by oceans.
Study lead Dr Alex Dunhill from the School of Earth and Environment at the University of Leeds, said: “We presume that temporary land bridges formed due to changes in sea levels, temporarily reconnecting the continents.
“Such massive structures – spanning, for example, from Indo-Madagascar to Australia – may be hard to imagine. But over the timescales that we are talking about, which is in the order of tens of millions of years, it is perfectly feasible that plate tectonic activity gave rise to the right conditions for such land bridges to form.”
In the study, the researchers used the Paleobiology Database that contains every documented and accessible dinosaur fossil from around the world. Fossil records for the same dinosaur families from different continents were then cross-mapped for different periods of time, revealing connections that show how they have migrated. 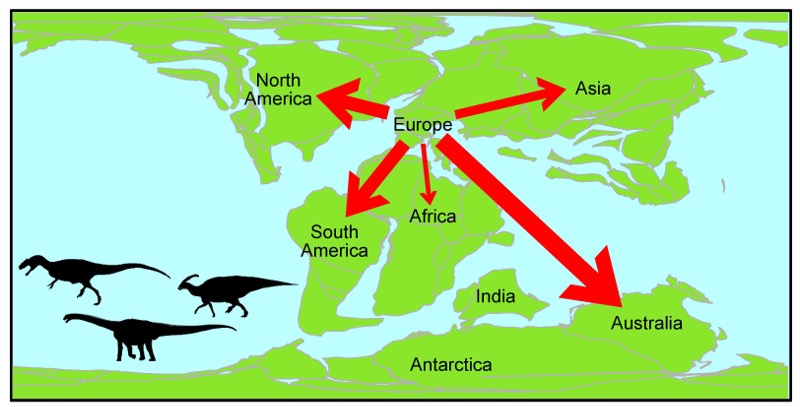 Some regions of the world, such as Europe, have extensive fossil records from a long history of palaeontology digs, while other parts of the world have been largely unexplored. To help account for this disparity in fossil records, which could otherwise skew the findings, the researchers applied a filter to the database records to only count the first time that a dinosaur family connection occurred between two continents.

The findings support the idea that, although continental splitting undoubtedly reduced intercontinental migration of dinosaurs, it did not completely inhibit it.

Surprisingly, the research also showed that all connections between Europe and other continents during the Early Cretaceous period (125-100 million years ago) were out-going. That is, while dinosaur families were leaving Europe, no new families were migrating into Europe.

Dunhill said: “This is a curious result that has no concrete explanation. It might be a real migratory pattern or it may be an artefact of the incomplete and sporadic nature of the dinosaur fossil record.”

While network theory is commonly used in computer science for quantifying internet data, such as friend connections on Facebook, it has only recently been applied to biology research and this is the first study to use it to on dinosaur research.