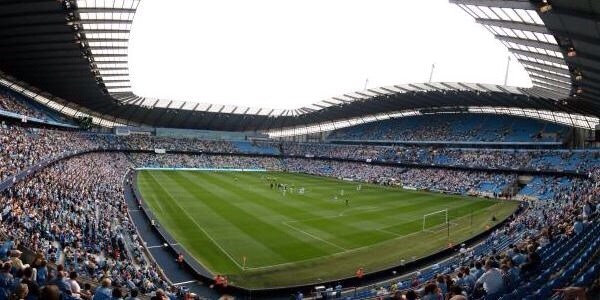 Councillors in Manchester have approved plans for Manchester City to increase the capacity of their East Manchester Etihad stadium from Forty eight to sixty two thousand seats.

The planed expansion involves adding a third tier to the North and South stands which will each include about 6,250 seats, and a further 2,000 pitch-side seats will be added.

When the work is completed in the 2015-16 season, the stadium, initially built for the 2002 Commonwealth Games, will become the second largest in the Premier League, behind Manchester United’s Old Trafford.

According to the planning application, the stadium expansion is expected to created 160 temporary jobs during construction and a further 110 matchday jobs once the work is finished.

The expansion is the latest effort by the club’s owners, the Abu Dhabi United Group, to help turn Manchester City into a world footballing superpower.