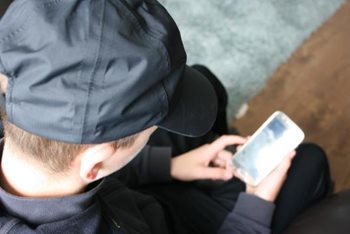 Communicating with teenagers can be challenging at the best of times –  let alone when its vulnerable young people in care.

But a Tameside children’s home has won a national award for its “innovative” use of social media to keep up a positive and productive dialogue between young people and staff.

Both children and staff at Clough Fold Children’s Home in Hyde have worked together to develop a private Facebook group where they can share news, conversations and feedback.

It has proven so successful that it has now been rolled out across other children’s homes in the borough and has contributed towards Clough Fold being recognised with a national Investing in Children Membership Award for good practice.

Young people use the closed and moderated Facebook page and the associated Messenger app to communicate with staff informally, express wishes and feelings, post to the group, fill in surveys and comment on certain topics that are raised on the feed.

While staff use the page to prompt general chat and discussion, post information, sign post to services, provide reminders about appointments and also praise and recognise young people’s achievements. They also use messenger to keep in touch with young people who are out in town.

Young people have fed back that they like the page and find it easy to use.

Residential Practice Manager Paul Bradley said: “Of course social media doesn’t replace face to face contact but it is proving a very effective additional way of communicating. We work with a vulnerable, hard to reach group of young people who are in the care of the local authority and the Facebook group has helped us make some great progress in enabling the young people to get more involved in their care planning and shaping the service.”

Paul explained the approach has removed the feeling that he and his team are constantly bombarding the young people with information, rules and expectations.

He said: “The Facebook group is less confrontational and at those times when young don’t really feel like talking, we can be sure when we see the ‘thumbs up’ on the page the young people have read the information and can leave a comment if they wish.

“Social media does have its pitfalls but we have worked closely with the young people to talk through the downsides and dangers and establish a position of trust and using it safely and effectively.”

A 16-year-old boy who lives at the home said of the Facebook group: “I  think it’s good and I use it a lot to find out what’s going on. I like ‘Paul’s Positives’ where Paul posts every week to mention good things each of us have done.”

In their evaluation report, inspectors described the use of social media at Clough Fold as “innovative”, stating: “By listening to, and working with their young residents, Paul and his team have adapted a medium young people are comfortable with to enable them to influence their own care and decision making within the home.”

New badge scheme to help people who find it hard to stand to get...