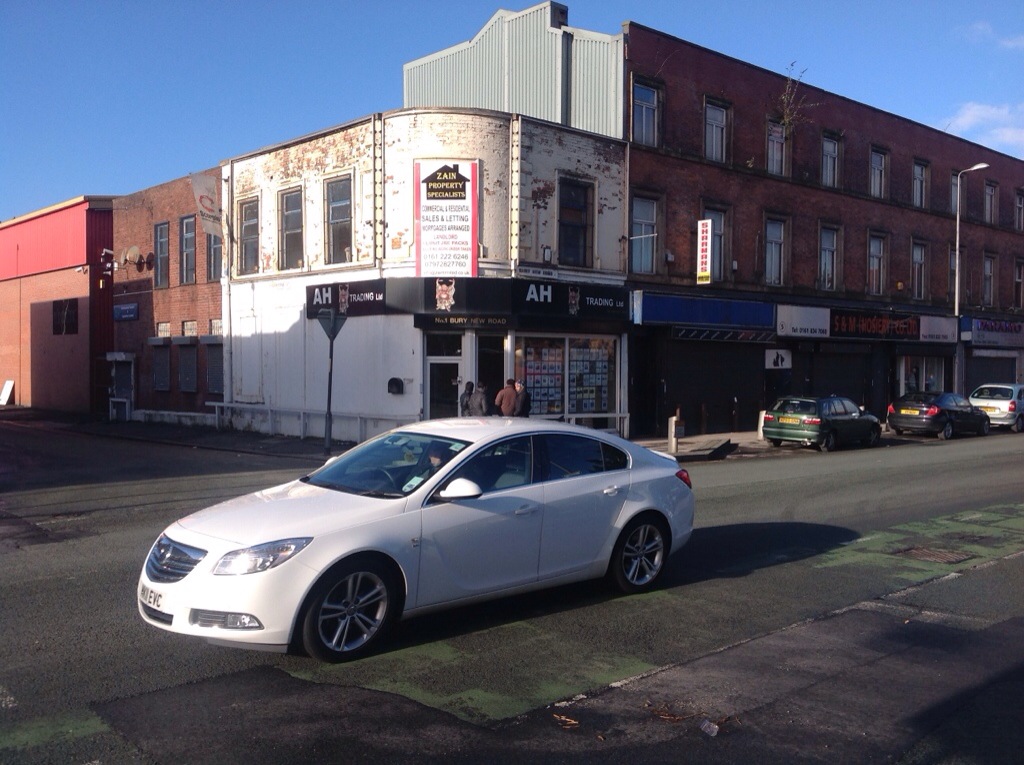 The Sunday Mirror has revealed Bury New Road in the Strangeway’s area of Manchester as being a hidden ‘shopping mall’ of fake designer and electrical goods.

The report by Gemma Aldridge described a ‘hidden shopping mall and cash-and-carry all rolled into one, a secret outlet village where rogue traders buy fake supplies in bulk and sell them on across the country.’

The report went on to reveal how the undercover reporters were:

able to buy must-have items such as a fake Louis Vuitton satchel for £15, counterfeit Jimmy Choo shoes for £10, fake Beats headphones for £5 and a “Nike England” shirt for £20, all way below prices for the real thing.
And we weren’t alone. Hordes of shoppers from across the UK come to buy fake handbags, watches, sunglasses and sports gear from a labyrinth of more than 20 black market stores.

According to the article, young men lurk on street corners outside the locked shutters.

Look closely and you can see their mobile phones are walkie-talkies for communicating with their colleagues on the inside.
These men are the spotters. They bring customers in and keep police out. If they see a police car it’s down to them to raise the alarm