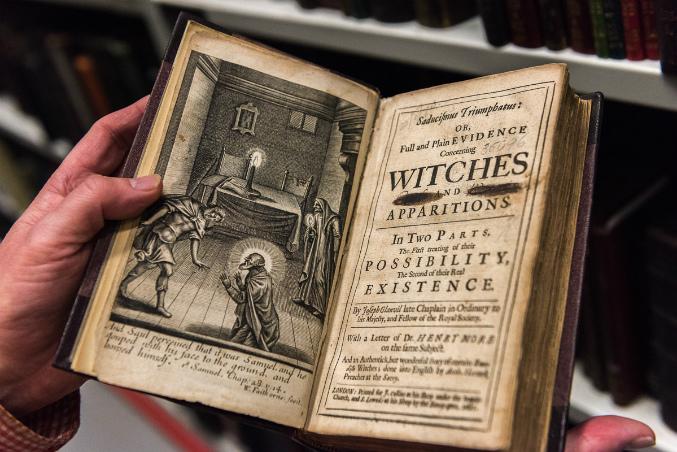 Manchester Central Library is offering visitors the chance to learn about the history of magic – with the help of Harry Potter.

Today, displays will launch simultaneously at Central Library and 19 other public libraries across the UK, in tandem with the Harry Potter: A History of Magic exhibition at the British Library in London.

The displays will include specially designed panels inspired by Harry Potter: A History of Magic, showing images of rare books, manuscripts and magical objects featured in the British Library’s exhibition, as well as images of material from J.K. Rowling and Bloomsbury’s own collections.

Central Library is also set to host a series of magic and Halloween-themed events, including a live beamback from the British Library, a chance to handle some of the city rarest and oldest books and a special Sunday opening.

A free Creepy Crypt Family event will be held on – when else – Halloween, along with a talk beamed back live from the British Library about Brooms, Wands and Cauldrons: The Instruments of Magic (both events Tuesday 31 October, free, 4 – 6pm.)

The special handling sessions will give visitors the chance to see unique items from Manchester’s archives and special collections – including copies of the Nuremberg Chronicle; Elizabeth Blackwell’s “A Curious Herbal” from the 18th century; a book about the 16th century alchemist John Dee and various items from the Witchcraft collection.