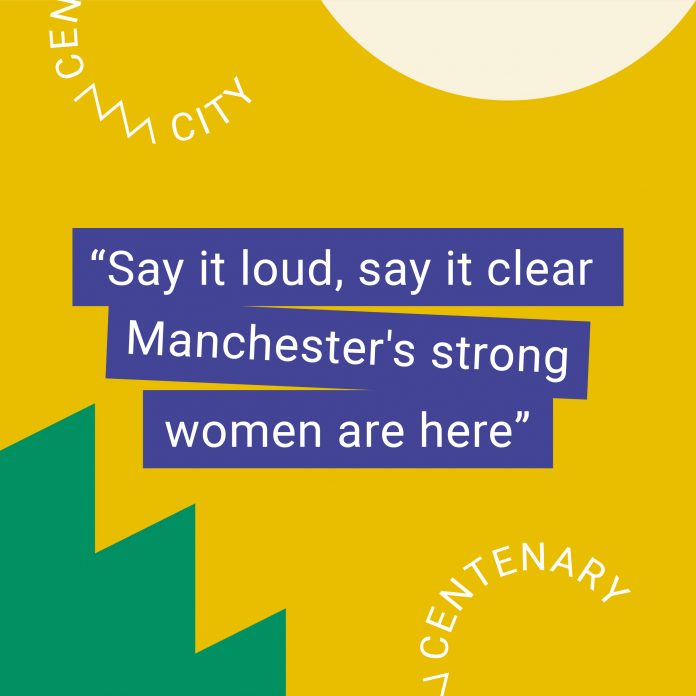 As part of its programme of activity to mark 100 years since some women first gained the right to vote, the Pankhurst Centre will open an exhibition titled Centenary City on Thursday 22 November 2018.

The exhibition will reveal how the radical city of Manchester has commemorated this landmark year, with a series of fascinating objects reflecting some of the city’s key #Vote100 moments from 2018, including banners, artwork, badges and other items.

Many of the pieces have been collected through a series of Centenary City Open Days that have taken place at the Pankhurst Centre, giving a chance for everyone to participate and tell their story. These sessions, as well as the creation of the exhibition itself, have been worked on by a group of Centenary City Ambassadors, who have also had the opportunity to take part in workshops in archiving, documentary photography, zine making, and curatorial decision-making as part of their experience.

Tessa Chynoweth, Curator at The Pankhurst Trust, comments, “Manchester’s centenary stories form a creative and colourful exhibition that we are delighted to be bringing together to tell at the Pankhurst Centre, the home of the suffragette movement. It’s also been wonderful to see the creative work and ideas of our Ambassadors come together as part of this process.”

The preview of the exhibition (Wednesday 21 November 2018) takes place exactly one hundred years to the day of the passing of the Parliament (Qualification of Women) Act 1918, which gave women over the age of 21 the right to stand as an MP for the first time. The exhibition will run until 10 March 2019 at the Pankhurst Centre, the former home of the leader of the British suffragette movement Emmeline Pankhurst and her family.

The Centenary City project has been made possible through the government’s Centenary Cities Fund, which has supported #Vote 100 activities across the country. As well as an exhibition the project’s legacy will be to create an archive of Manchester’s #Vote100 story.

Artwork for the exhibition has been created by Manchester based indepent designer and illustrator Jane Bowyer, who has worked on a number of projects that explore the representation of women and the histories of women.

You can visit the Pankhurst Centre to see the Centenary City exhibition on Thursdays from 10am-4pm and on the 2nd and 4th Sunday of each month from 1pm-4pm.

4 things to watch on Netflix with ties to Manchester