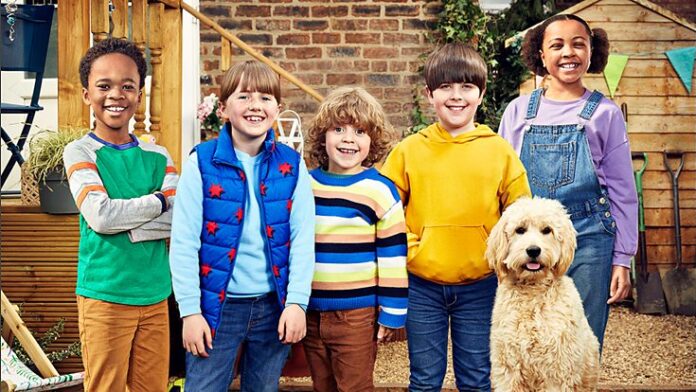 Based on the well-loved characters from the Oxford Reading Tree Books, the series will tell the fun adventures of twins Biff (Tilly Kaye) and Chip (George Robinson) alongside their inquisitive little brother Kipper (Freddie James) and pet dog Floppy.

Taking inspiration from the famous books, Biff & Chip will include storylines written exclusively for the show and will see the characters making up games, solving problems, creating make believe worlds in their homes, playing in the park and having fun with their best friends Wilf (Inathi Rozani) and Wilma Page (Dorothy Peters-Lowe). Each episode in this family comedy will follow the kids’ adventures and their wild imaginations as they create new worlds that young children and their grown-ups will love watching them explore.