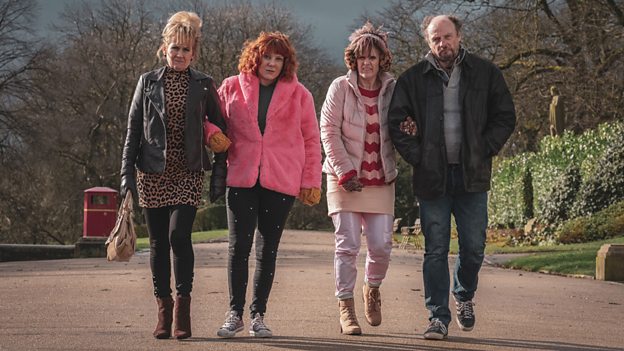 After a recent break-up, Alma tries to get her life back on track. But with no job, no qualifications and a rebellious streak a mile wide, it’s not going to be easy. Meanwhile her mum, who is battling a heroin addiction, has been sectioned for arson and her vampish Grandma Joan wants nothing to do with it.

Alma’s Not Normal offers a bitingly funny and unflinching take on class, sexuality, mental health and substance abuse. It celebrates women dealing with the hands they’ve been dealt while doggedly pursing their dreams.

“I’ve wanted to write this sitcom for years, so as soon as I won the bursary I went straight into planning mode! I remember sitting with Kate Daughton, Commissioning Editor for BBC Comedy, just after I’d won it and excitedly talking her through my ideas; playing her bits of music, talking her through the characters, even acting bits out! It must’ve been quite intense for her to be honest! I then started to work with producer Nerys Evans at production company Expectation and script editor Andrew Ellard on a pilot script. After that we did a rehearsed reading for the BBC in front of an invited audience and Patrick Holland, Controller of BBC Two.”

“The cast were amazing and the show was surprisingly raucous and anarchic for a random Tuesday afternoon in a brightly-light church hall. After the read through Patrick decided to give us an on the spot pilot commission for it to be filmed and bobbed on BBC Two! It was a wonderful moment! BBC and Expectation then worked hard to find me a fantastic team to go into production with. I had the shit-hot Gill Isles producing it and the super talented Andrew Chaplin directing it – and a full production of truly brilliant people, not to mention a stellar cast! So I felt in great hands going into production. I absolutely LOVED filming it and editing it. I learnt so much whilst also having the autonomy to make sure it came out exactly how I wanted it to. The perfect scenario really!”