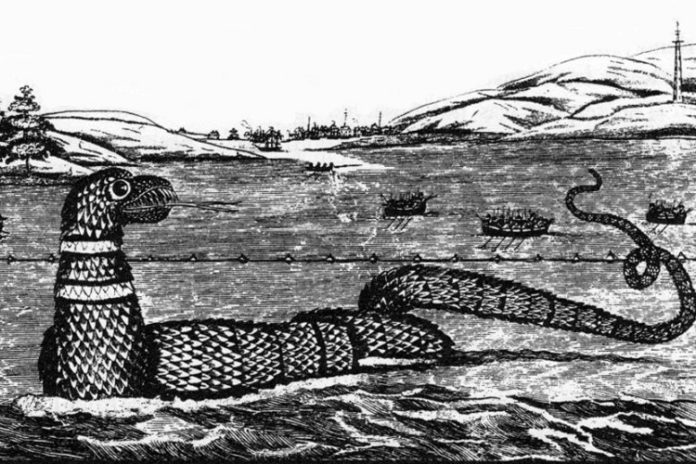 Sea monster sightings in the 19th century were influenced by the discovery of ancient reptile fossils, new research at the University of St Andrews has discovered.

The idea that such reports were influenced by the first uncovering of Jurassic and Cretaceous sea reptiles was suggested in 1968 by science fiction author L Sprague De Camp.

De Camp, who wrote some of the later Conan the Barbarian stories, never tested his thesis but the mantle was taken up by St Andrews statistician Dr Charles Paxton.

Dr Paxton, of the School of Mathematics and Statistics at the University, teamed up with Dr Darren Naish, a palaeontologist at the University of Southampton, to use statistical analysis to find trends in sea monster reports from 1801 to 2015.

Published in the journal Earth Sciences History, the research found that De Camp’s theory was partially correct. Although the research team did not find an immediate change in the way monsters were described in the early 19th century, they did find evidence of a steady change.

Over the last two centuries they found evidence of a decline in serpent-like monster descriptions and an increase in the proportion of reports of monsters sighted with necks. This followed 19th century fossil discoveries such as that of Plesiosaurus which has a long neck.

Dr Paxton said: “The problem is an interesting fusion of history and palaeontology which shows that statistics can be used to rigorously test all sorts of strange hypotheses, if the data is handled in the right way.”

In the autumn of 1848 British newspapers were gripped by the account of a sea serpent seen by the officers and crew of the HMS Daedalus in the South Atlantic the previous May.

In 1968 De Camp suggested that after Mesozoic reptiles became well-known reports of serpentine sea monsters became replaced with Mesozoic marine reptiles such as the plesiosaur or mosasaur.

The reports include a peak between 1930 and 1934 of reports around the world following publicity associated with the Loch Ness monster in 1933.

Dr Paxton added: “The discovery of long-necked marine reptile fossils in the 19th century does appear to have had an influence on what people believe they have spotted in the water.”