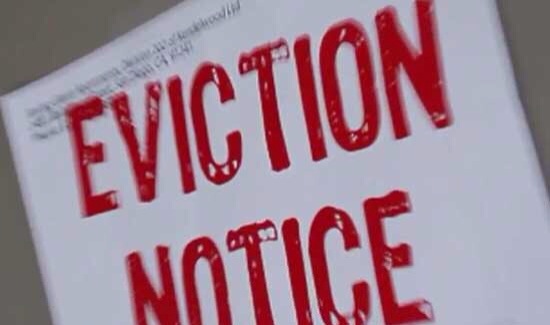 There has been a record rise in calls for help taken from renters at risk of losing their homes in the North West, new figures from the Shelter helpline show.

More than 570 renters at risk of losing their home called the housing charity for advice in the last year, the equivalent of nearly 50 callers per month.

In a sign that the private rental market is becoming increasingly unstable, this figure has increased by nearly 75% from the 329 callers helped by the charity two years ago.

Shelter is releasing the figures as part of its campaign to protect renters from ‘revenge evictions’. The charity’s research reveals that 1 in 17 renters (6%) in the North West avoided asking their landlord to repair a problem or improve conditions in the last year because they feared eviction.

Shockingly, 1 in 33 (3%) said they had actually been evicted or served with an eviction notice because they complained to their landlord, letting agent or council about a problem that wasn’t their responsibility.

Housing Minister Kris Hopkins is currently reviewing whether to change the law to tackle the problem. Shelter is calling for stronger protection from eviction for renters who report bad conditions in their home to their landlord or local authority.

A YouGov survey of more than 4,500 private renters commissioned by Shelter highlighted how widespread bad conditions in rented homes have become. More than a third of people surveyed in the North West (38%) reported problems with mould, while 26% were forced to live with a leaking roof or windows, and 18% have had electrical hazards.

Nadeem Khan, a Shelter helpline adviser said: “We’re hearing from family after family who are living in fear that just one complaint to their landlord could lead to them being kicked out.

“That’s why we’re fighting to make sure that no one who asks for their property to be kept safe and decent has to worry about eviction. It’s time now for the government to take action.”

The charity found shocking examples of revenge evictions happening across the country. Melissa Voisey and her two young children were evicted from their home in Blackburn in February, after asking their landlord to fix a major damp problem and leaks throughout the property.

“We’d only been living in our home for four months and as soon as I told our landlord about the damp and leaks, he said we had to leave.

“Suddenly having to find a new home for me and my boys was one of the most distressing experiences we’ve had as a family. It’s left us all feeling worried and anxious – and it’s had a huge impact on our finances as well.

“I can’t believe this is allowed to happen. I wouldn’t wish what we’ve gone through on anyone.”

With England’s shortage of affordable homes forcing more people into private renting every day, Shelter says the problem of revenge evictions is becoming even more concerning.

Earlier this month, Shelter research showed that over 500 households across the North West are at risk of losing their home every week through an eviction or repossession.

Campbell Robb, Shelter’s chief executive said: “This is yet more evidence of the shocking reality that renters across the country are facing every day.

“With soaring house prices pushing homeownership further out of reach, more of us are forced to set up home in rented properties that are expensive, insecure and often in poor conditions.

“Calls to our helpline from renters are soaring and revenge evictions are becoming all too common. Private renting is close to crisis point: this can’t go on.

“No-one should lose their home for asking their landlord to fix a problem. The government has to protect England’s nine million renters from unfair evictions.”

The YouGov survey was commissioned by Shelter and British Gas as part of their partnership to improve the conditions of privately rented homes.

How to Save Money When Dealing With Unexpected Home Repairs