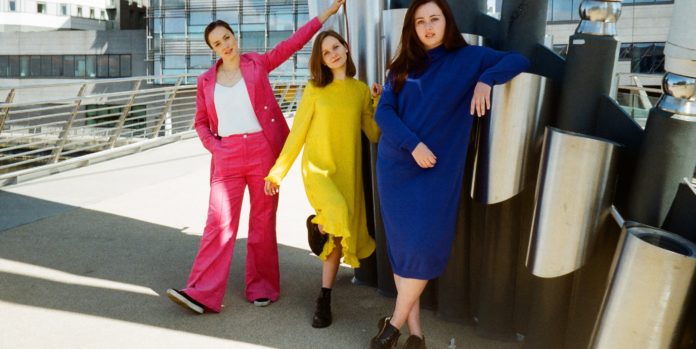 After building up a reputation for themselves within the folk music scene and touring all over the globe, Café Spice have announced their third single, ‘Open Door’, to be released this Friday (27th September) – get ready for some tasty vocal harmonies!

Born from a love of singing in harmony, beautifully crafted songs and plain naan bread, Manchester-based all-female indie-folk band Café Spice have been blessing our eardrums with heavenly and autumnal harmonies since the release of their first single ‘Lauren’ in 2018.

Since then the trio made up of Georgia Gage (Scotland), Niamh Feeney (Ireland) and Eleanor (The North), have been performing gigs in most major cities across the UK and a significant series of gigs in Bangkok earlier this year. Not to mention a sold-out full-band gig at Jimmy’s in Manchester.