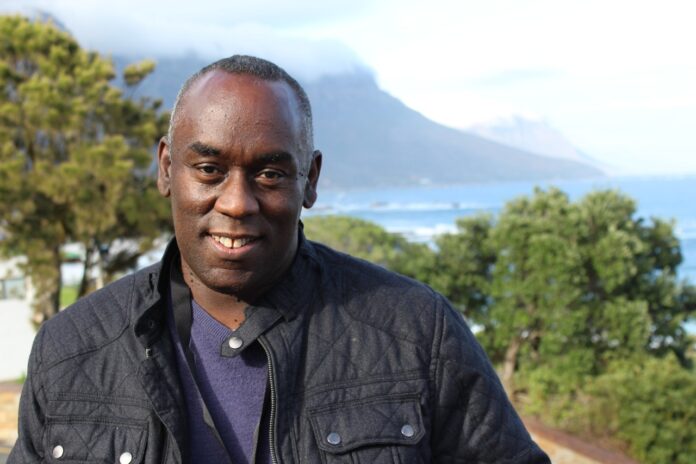 Award-winning author and lecturer Alex Wheatle has released a compelling new novel inspired by the true but little-known story of an 18th century slave rebellion in the Caribbean.

Cane Warriors follows the 1760 rebellion in Jamaica, known as Tacky’s War, through the eyes of 14-year-old boy Moa.

The book, praised as “passionate, important and Wheatle’s best novel yet” by The Times, is the latest young fiction release from the prolific author, who won the 2016 Guardian Children’s Fiction Prize, and was awarded an MBE for services to literature in 2008.

Wheatle, who lectures in Creative Writing at the Manchester Writing School, Manchester Metropolitan University and is part of the University’s Manchester Centre for Youth Studies, said he first became aware of Tacky’s War from his Jamaican mother, who had heard the story mentioned as a child.

In one of the most significant uprisings of the 18th century in the Caribbean, Tacky led a rebellion at the Frontier and Trinity plantations, before attacking the nearby English garrison, killing the guards and acquiring weapons and gunpowder to lead uprisings in other local plantations.

In Cane Warriors, the only life that Moa has ever known is toiling on the Frontier sugar cane plantation for endless hot days, fearing the vicious whips of the overseers. Then one night he learns of an uprising, led by the charismatic Tacky. Moa is to be a cane warrior, and fight for the freedom of all the enslaved people in the nearby plantations.

Wheatle said: “I’ve always been interested in history since I came across C.L.R James’ The Black Jacobins that was published in 1938 – an essential text for anyone who wants to understand what happened with the slave trade in the Caribbean.

“I’ve been working on young adult fiction for the last four or five years of my career, but I’ve always had a need to go back to Caribbean history.

“When you look at any academic texts set in that time they’re usually about William Wilberforce and the abolitionists, and what inspired them to end the slave trade.
“Narratives that were told from the perspective of the slaves themselves were very rare to come by. I felt I had to fill that gap. It’s very important that readers know that it wasn’t just men in the parliament. Slaves indeed empowered themselves.

“I would like my children’s children to learn about the mighty cane warriors just as they read about Richard the Lionheart, Joan of Arc and Queen Elizabeth I repelling the Spanish Armada.”

Reviews of Cane Warriors have been extremely positive, with The Times naming it their children’s book of the week and the Bookseller calling it “incredibly vivid and gripping”.

Writer and poet Benjamin Zephaniah said: “The importance of this book cannot be overstated. Alex Wheatle takes the truth, and creates fiction to illuminate that truth. I saw my ancestors in this book, and now I know that Alex and I really are brothers.”