A University of Central Lancashire (UCLan) professor is part of the team that has seen a NASA telescope, housed on a converted jumbo jet, yield important insights into how stars are born from collapsing gas and dust.

Professor Derek Ward-Thompson is the only English-based academic to be involved in the international research project, which has underlined the importance of magnetic fields for star formation.

The team of astronomers studied Rho Ophiuchi A, one of the closest stellar nurseries to Earth at approximately 424 light-years away. They used NASA’s Stratospheric Observatory for Infrared Astronomy (SOFIA) and a highly modified Boeing 747SP jetliner fitted with a 2.5-metre infrared telescope. The aircraft was able to rise above most of the water vapour in the Earth’s atmosphere – which can block some infrared wavelengths from reaching the ground.

Professor Ward-Thompson, the Director of Jeremiah Horrocks Institute of Maths, Physics and Astronomy, has been working on this project for the past five years. He said: “It’s been a fascinating project to be involved with and I’m delighted this is the fruition of those five years’ research. This is only the start of our new discoveries using this technology and furthering our knowledge of stars and their formation.”

Stars and planets are formed in giant clouds of molecular gas and dust that exist in the plane of the Milky Way Galaxy. The idea is that these giant clouds contract under their own gravity. Becoming ever more dense, they fragment into gaseous clumps and, from there, dense structures called cores are formed. It is within these dense cores of dust and gas that infant stars are found.

The astronomers trained SOFIA’s high-resolution airborne wideband camera (HAWC+) instrument on Rho Ophiuchi A, which is actively forming hundreds of young stars, many of which will probably become stars like our Sun, complete with their own planetary systems.

HAWC+ is sensitive to emission in the far-infrared portion of the electromagnetic spectrum. Data from the instrument allowed researchers to show that dust grains in the cloud were aligned with magnetic fields. In addition, they found that changes in the way dust aligned along field lines were closely related to differences in the density of the star-forming cloud.

“The cloud has mass, and therefore it has gravity. So you would think that it should just contract and create stars in there. But there are more things involved – one of these other things is the influence of magnetic fields.”

Professor Ward-Thompson added: “You can think of the magnetic field as this net of lines that is mixed together with the material in the cloud. Whenever the cloud contracts, it brings the field lines together. So, it acts as a kind of tension that holds the material apart.

“There is an idea that if you have very strong magnetic fields in some parts of the galaxy, you could run into a situation where gravity will not be able to overcome this magnetic tension. So you won’t be able to form any stars – the magnetic field lines don’t let the material collapse.”

The new research was unveiled at the 231st American Astronomical Society meeting, in Washington DC. 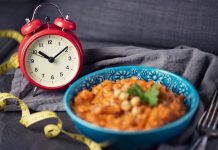 Channel 4 sets out creative plan to help the nation navigate through the coronavirus...