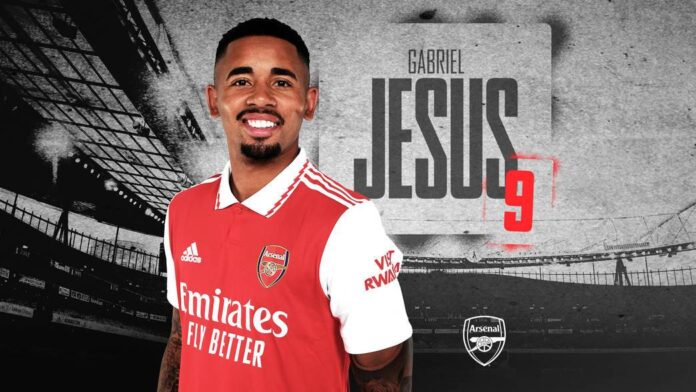 Gabriel Jesus has left Manchester City to join Arsenal on a permanent transfer.

The 25-year-old spent five-and-a-half years at the Etihad, a period which saw him win 11 major trophies, including four Premier League titles.

“It’s been a pleasure to play for Manchester City,” Jesus said.

“I feel like I am a better player now than when I arrived – and to win 11 trophies has been amazing.

“My four Premier League titles are particularly special for me.

“I want to thank everyone at City – the manager, my teammates and the fans – for all the support they have given me over the past five-and-a-half years.”

Arsenal Manager Mikel Arteta added: “I’m very excited. The club has done a tremendous job to recruit a player of this stature. I know Gabriel personally very well, and we all know him well from his time in the Premier League and being really successful here.

“This is a position that’s been on our radar for a long time now and we have managed to get a player that we all wanted, so I’m really happy.”

Technical Director Edu said: “We are delighted that we have secured the transfer of Gabriel. Everyone who knows football well, knows the qualities of Gabriel Jesus.

“Gabriel is a player who we have admired for a long time now. He is 25 years old and an established Brazil international who has consistently demonstrated that he is a player at a very high level. We look forward to seeing him join up with his new teammates ahead of the new season. We all welcome Gabriel to Arsenal.”

Gabriel will wear the number 9 shirt and will join up with the Gunners squad for pre-season training soon.