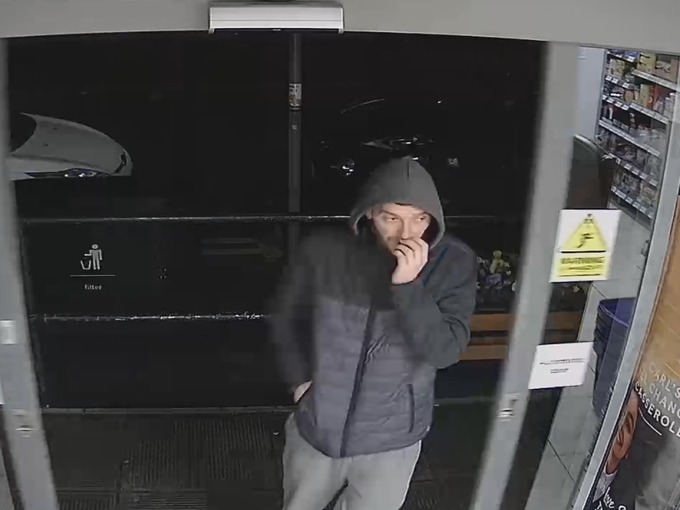 Police have released an image of a man they want to speak to in connection with an armed robbery in Sale last night at Tesco Express on Green Lane, Sale.

A man entered the store armed with a handgun and threatened staff after putting a balaclava over his face. The man then fled the store with a quantity of cash and passed the Old Plough pub before making a left at the bottom of Green Lane.

No one was injured but the employees were left understandably shaken.

Detective Sergeant John Seaton of GMP’s Trafford District said: “This was a shocking attack on people who were just doing their jobs.

“Thankfully no one was injured however that doesn’t mean to say that we are not treating it extremely seriously.

“We are appealing to members of the public to assist us in identifying the man in the image we have released as we want to speak to him in connection with the incident.”