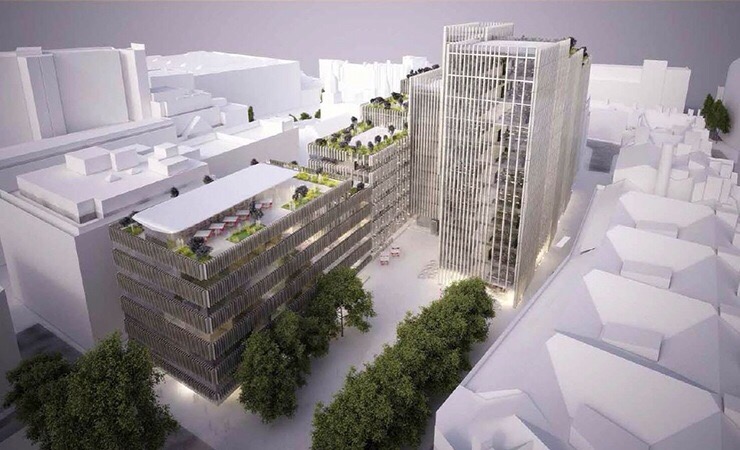 There has been a great deal of controversy over tall buildings in recent weeks across the city but now it seems they might be bad for your health.

Studies have already indicated that very subtle building motion can be perceived by some occupants, sometimes inducing motion sickness and causing fear.

Now scientists at two universities are  being funded to study the impact of vibrations from very tall buildings and wobbly bridges and floors on people’s health in a new £7.2 million government-funded national research facility.

The simulators at Bath and Exeter Univetsities will help the research team better understand how this could affect the wellbeing of some people, their work performance, or behaviour.

Despite looking rigid in appearance, tall buildings can flex in response to external forces, and strong winds can make them vibrate or sway at low frequencies, sometimes with bursts of motion at random intervals.

By recreating the vibrations using virtual-reality simulators, a multi-disciplinary team of engineers, medics, physiologists and psychologists from the Universities of Bath and Exeter will explore how people can experience different forms of motion sickness such as tiredness, low mood, and difficulty concentrating, as well as a lack of motivation if they are working in a building that sways slightly in the wind.
The ‘VSimulators’ will not only recreate the structural motion people experience, but the surroundings, temperature, humidity, noise, air quality and even smells of buildings.

Alex Pavic, Professor of Vibration Engineering at the University of Exeter, who was an expert adviser on the ‘wobbly’ Millennium Bridge in London and on the design of the London Olympic 2012 venues, which accommodated huge crowds, says the new testing facility will “place humans at the centre of future structural building design in the same way they are currently placed when designing cars.”
“More and more people are living and working in high rises and office blocks but the true impact of vibrations on them is currently very poorly understood and can differ depending on whether an environment is quiet or noisy, the time of the day and even whether people are moving, standing, running or walking. Humans spend 90 per cent of their lives in buildings which vibrate non-stop, but there is still very little reliable information about the effect of structural vibration,” Professor Pavic said.

So before you put that deposit down on that luxury city centre apartment, it might be worth waiting for their report