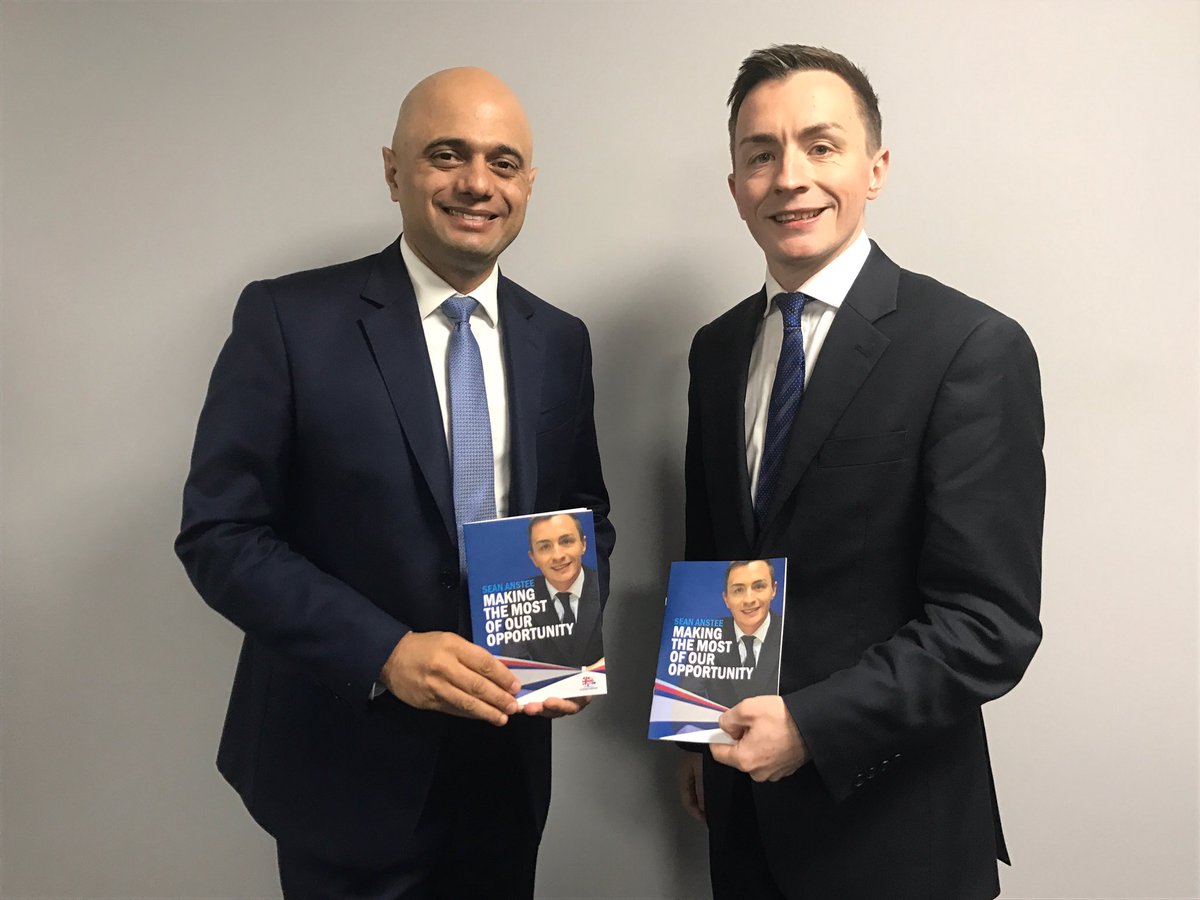 Pledging  to get “our city working better for us” on transport, housing and health and social care, Tory Candidate Sean Anstee has launched his manifesto for Greater Manchester Mayor.

As part of a visit to the Bury Black Pudding Company and accompanied by Sajid Javid, Communities Secretary, The Leader of Trafford Council has promised to kick-start home building on brownfield land, and to protect the greenbelt from unnecessary development.

His manifesto includes what he calls the Greater Manchester Infrastructure Guarantee, which “will mean that land can only be allocated for development once the required schools, roads, public transport and health facilities are in place.”

Saying that increasing prosperity and wealth and improving health would be his priorities if elected Mayor of Greater Manchester, he has promised to use the Apprenticeship Levy to fill skills gaps in social care and establish a region-wide pool of social work staff to reduce agency cost

On transport the manifesto includes promises to introduce smart ticketing and bring buses under the Mayor’s control, make Greater Manchester a cycle-friendly city, and double the number of electric car charging points.

Mancunian Way to shut next weekend