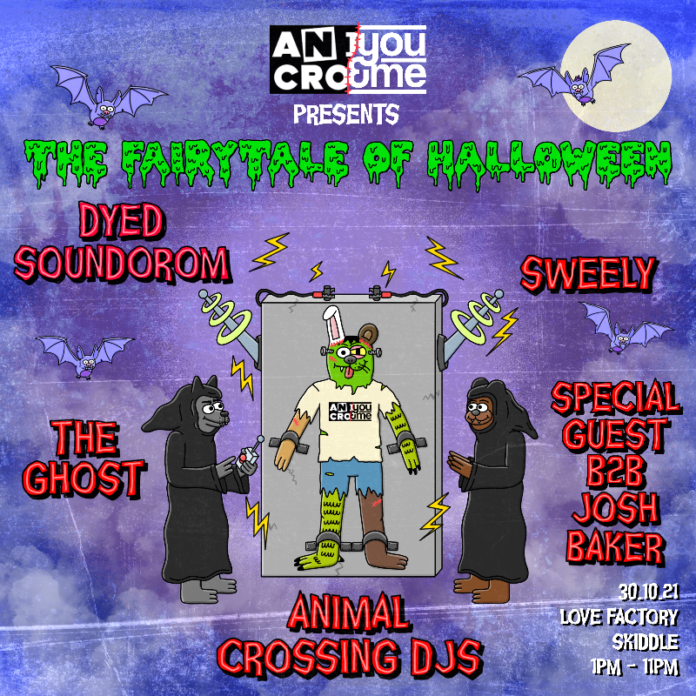 Over the course of the last few years, the two brands have been cementing Manchester as an underground destination across Europe. With the summer gone by, the flag is well and truly planted after the hugely successful first edition of the Summer of Love festival and second instalment of Hide&Seek festival.

Halloween follows and further showcases the unity within city itself and the two brands insatiable desire to build on the already thriving Manchester dance scene.

Heading up the Halloween event will be none other than Parisian legend and Appollonia frontman Dyed Soundorom, showcasing the deep grooves that made his Summer Of Love appearance so spectacular. Joining him will be Sweely, one of the most creative producers coming out of France right now if his releases on the likes of Concrete Music and Lobster Theremin are anything to go by. Mysterious Berlin duo The Ghost bring the expected spooky proceedings to the Halloween event, with special guest b2b Josh Baker and the Animal Crossing DJs all on warm up duties.

The event will be a full 360 degree immersive and creative experience with custom visuals and set design, however the party doesn’t stop here – brand new Manchester venue The Loft will be hosting an epic afterparty into the early hours in true Animal Crossing tradition.

Yearning for that sausage roll? Greggs to reopen later this week