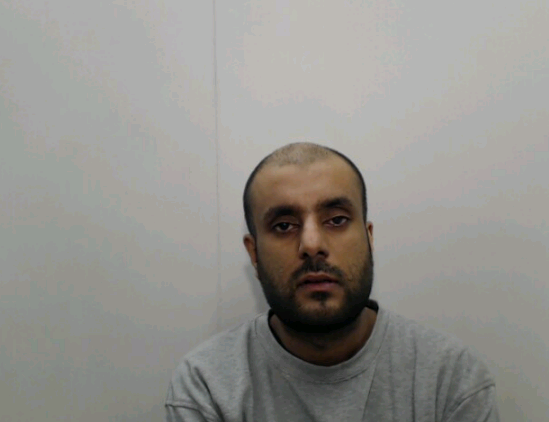 Ahmed was seen on CCTV entering the shop of a petrol station on Cheetham Hill Road in Manchester after he had pulled up in a VW Touran car in February this year.

He demanded staff in the store to tell him the address of the station so he could tell someone to meet him there.

Ahmed then left the shop and confronted a man in the car park of the petrol station. After the confrontation, Ahmed got into his car and sped the vehicle around on Cheetham Hill Road to re-enter the petrol station where he mowed down the man who landed on the bonnet of the car.

Ahmed then stopped his car abruptly, causing the man to fly off the bonnet into another parked vehicle.As the man lay unconscious on the floor Ahmed stamped on his head three times.

The driver of the parked vehicle bravely attempted to restrain Ahmed, but he broke free and picked up a crow bar – striking the man on the floor victim several more times.

Police arrived quickly and Ahmed was arrested at the scene.

The man suffered a laceration to his scalp that required hospital treatment.

Detective Constable Terry Macmillan of GMP’s City of Manchester District said: “This was an unrelenting attack on a man who Ahmed didn’t even know, that could have caused life threatening injuries.

“If it wasn’t for the bravery of the man who restrained Ahmed and other members of the public who quickly called police, his victim may not have survived. I would like to thank them for their quick-thinking actions that day.

“Ahmed’s attack was senseless and brutal, but thankfully CCTV footage of the events leading up to and after the assault has significantly helped to put this violent man behind bars.”