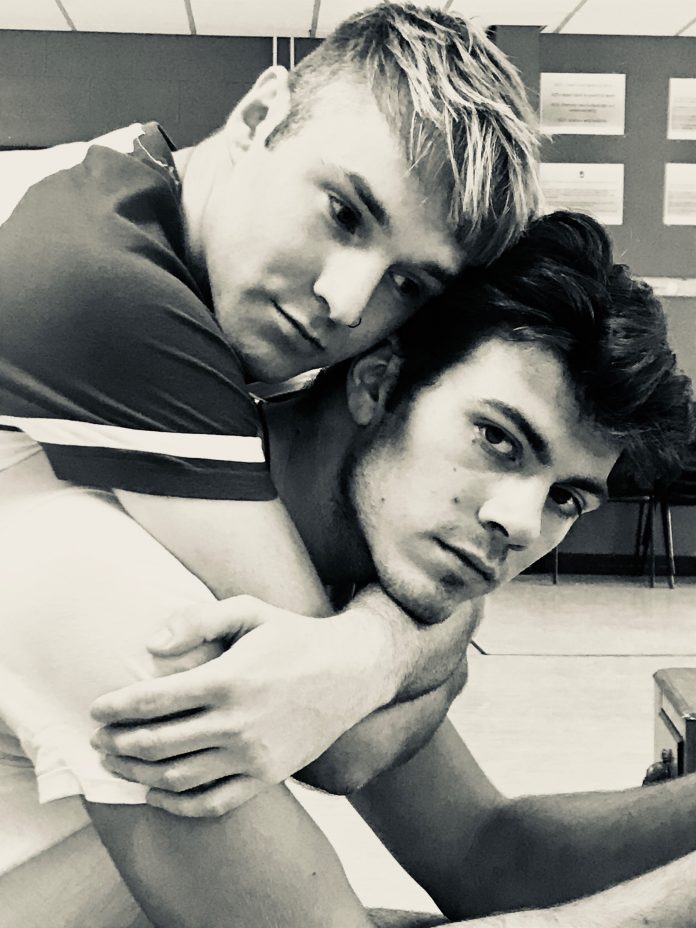 It’s 1988, 16 year old Henry is struggling with his sexuality, identity and daily battles with his mother. He goes inside his Closet and unexpectedly time travels to 2018 and meets 16 year old Ben living in his bedroom dealing with similar issues today.

Ben and Henry decide to run away from their lives and facing coming out as gay by time travelling in the Closet, taking them on adventures to New York’s Stonewall bar in 1969 and beyond. But how long can they run from their lives before their time zones catch up with them?

The first look rehearsal images have been released for the forthcoming premiere of the new musical Closets at Hope Mill Theatre in Manchester later this month.

Closets is a coming of age LGBTQ Pop musical based on the Multi-Award Winning short film ‘Closets’ which was sponsored by Attitude Magazine in 2015 and won the Iris Prize for Best of British and Youth Award.

The show will also plans to be screened in select cinemas to LGBTQ Youth Groups across the UK and is currently being adapted into a musical feature film due to shoot later next year.

Manchester to get its first “Free from Cafe” opening next month at the Royal...