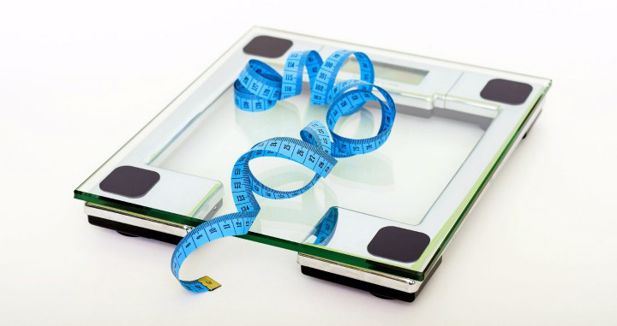 Providing support to help people with prediabetes make small changes to their lifestyle, diet and physical activity can almost halve the risk of developing Type 2 diabetes, according the results of the Norfolk Diabetes Prevention Study (NDPS) the largest diabetes prevention research study in the world in the last 30 years.

The findings of the NDPS clinical trial, which ran over eight years and involved more than 1,000 people with prediabetes at high risk of developing Type 2 diabetes, have just been published in the international journal JAMA Internal Medicine.

The study – the largest diabetes prevention study in the world in the last 30 years – found that support to make modest lifestyle changes, including losing two to three kilograms of weight and increased physical activity over two years, reduced the risk of Type 2 diabetes by 40 to 47 per cent for those categorised as having prediabetes.

There are about eight million people with prediabetes in the UK and 4.5 million have already developed Type 2 diabetes. The NDPS, funded by £2.5m from the National Institute for Health Research (NIHR), and NIHR CRN Eastern, was led by the Norfolk and Norwich University Hospital (NNUH) and University of East Anglia (UEA), together with colleagues from Ipswich Hospital, and the Universities of Birmingham and Exeter.

The research trial tested a simple lifestyle intervention, which helped people make small achievable lifestyle changes that led to a modest weight loss, and increases in physical activity. Importantly these changes were sustained for at least two years and the weight lost was not put back on. These findings are important as they show that a “real-world” lifestyle programme really can make a difference in helping people reduce their risk of Type 2 (adult onset) diabetes.

Professor Mike Sampson, NDPS Chief Investigator and Consultant in Diabetes at NNUH, said: “We are delighted with the results of this trial, as until now no one was very sure if a real-world lifestyle programme prevented Type 2 diabetes in the prediabetes population we studied, as there have been no clinical trials that had shown this. We have now shown a significant effect in Type 2 diabetes prevention, and we can be very optimistic that even a modest weight loss, and an increase in physical activity, in real world programmes like this have a big effect on the risk of getting Type 2 diabetes. This is really great news for the eight million people in the UK with a prediabetes diagnosis. The results of this trial, show that diabetes prevention is possible in the same prediabetes populations being treated in the NHS national diabetes prevention programme. This is important to know, as the clinical methods for diagnosing diabetes and prediabetes have changed a lot in recent years.”

The Norfolk Diabetes Prevention Study ran between 2011 and 2018 and worked with 135 GP practices in the East of England, and found 144,000 people who were at risk of developing Type 2 diabetes. In screening sites across the East of England, 13,000 of these people then took a fasting glucose and glycosylated haemoglobin (HbA1c) blood test to detect prediabetes. More than 1,000 people with prediabetes were then entered into a randomised controlled trial, testing a pragmatic real-world lifestyle intervention, compared to a control group, with average follow-up of just over two years. Earlier studies have used quite intense and expensive research interventions in different groups of prediabetes participants, but this is the first time a real world group delivered intervention has been shown to reduce the risk of Type 2 diabetes.

NDPS also asked lay members of the public who had Type 2 diabetes themselves, to help support participants with prediabetes in the trial, but for this particular population this did not further reduce the risk of getting Type 2 diabetes.

Max Bachmann, NDPS co-investigator and Professor of Health Services Research at University of East Anglia, said: “The NDPS intervention was delivered in groups which was far less expensive than individual-focused interventions which have previously shown to be effective under optimal conditions. For every 11 people who received the NDPS intervention, one person was prevented from getting Type 2 diabetes, which is a real breakthrough”

Colin Greaves, Professor of Psychology Applied to Health at University of Birmingham, who jointly led the development of the NDPS intervention, said: “If you have been diagnosed with prediabetes, this approach offers a way to take a different direction in your life – to get off the path to type 2 diabetes and onto the road to a healthier future.”