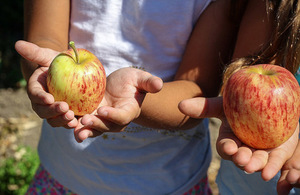 One in twenty five children aged 10-11 are now so dangerously overweight that they are in that category, according to the latest annual findings of the National Child Measurement Programme (NCMP).

The totals haincreased by more than a third since 2006 to 2007 and is now at its highest rate ever.

The figures also shows stubborn inequalities persist, with obesity in the poorest areas more than double that of the richest areas.

The proportion of overweight and obese children in reception year (aged 4 to 5) has remained stable at 22.4% but for year 6 children, it is 34.3%.

In both age groups, severe obesity is 4 times higher in deprived areas.

This week, PHE met with major trade bodies, retailers, manufacturers, out of home sector businesses – including takeaways, cafes and pubs – and public health NGOs, to discuss the next phase of the calorie reduction programme.

Obesity is a problem that has been decades in the making – one that will take significant effort across government, schools, families and wider society to address. We cannot expect to see a reversal in trends overnight – but we have been clear that we are willing to do whatever it takes to keep children healthy and well in this country.

We have already removed tonnes of sugar from children’s diets through the sugar tax, which has funded vital school sports and breakfast programmes, and this summer we announced the second chapter of our childhood obesity strategy with a series of bold plans to halve childhood obesity by 2030.