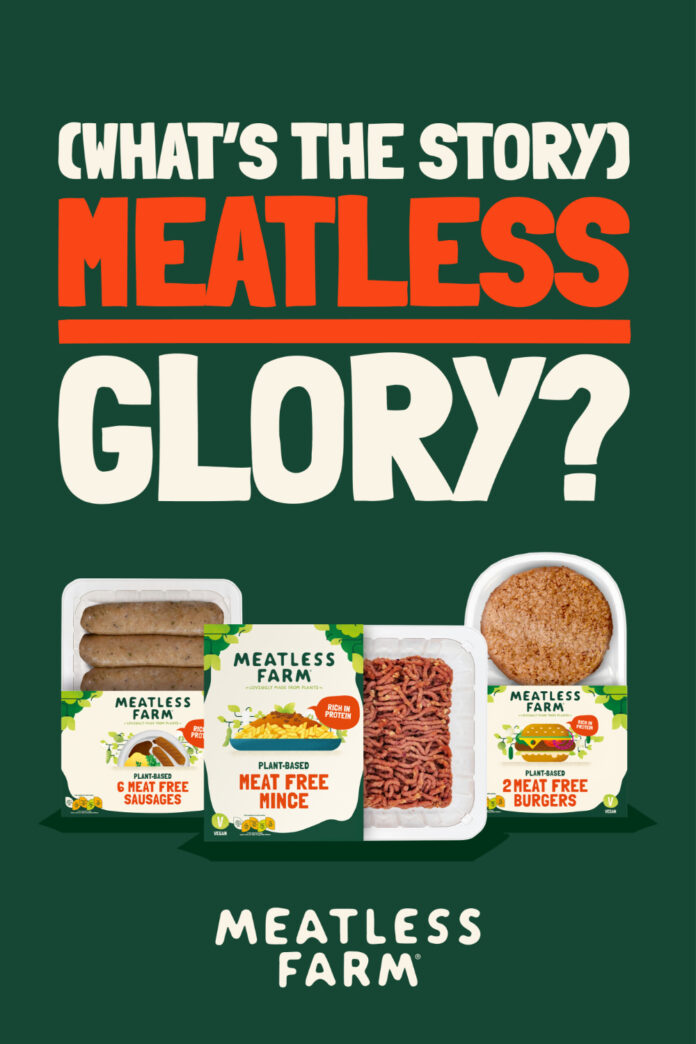 Meatless Farm, one of the most innovative food brands to come out of North England, is encouraging Manchester meat-eaters to ‘Make it Meatless’ whilst at the height of the UK’s biggest Veganuary to date, with over half a million participants.

The plant-based movement has been sweeping the nation and over a third of locals (34%) say they’re looking to eat more plant-based meals. Well, no time like the present says Meatless Farm.

The Leeds-based company has set a name for itself when it comes to getting tongues wagging and tummies rumbling. Its ‘M*** F***’ summer campaign, saw them reach out to meat-eaters showing just how tasty and fun plant-based food can be – it’s not the dry and boring stuff of yonder days. For Veganuary 2021, they kicked off with challenging the veggie establishment with some playful quips at Britain’s best known veggie brand, encouraging meat-eaters to make it “Meatless not Quorny”.

Morten Toft Bech, Founder of Meatless Farm said: “We’re bringing a bit of personality back to plant-based eating and where better to do this than our heartland. Eating more plant-based food, whether it’s once or twice a week is positive for not only the environment but our health too. We’re hoping Mancunians will ‘roll with it’!”.