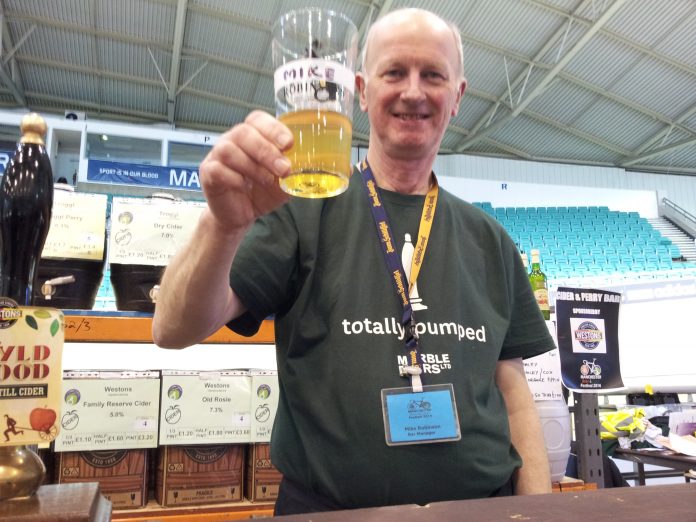 Fans of cider and perry are in for a treat this month as the North’s biggest beer and cider festival opens in Manchester.

A staggering 77 ciders and 26 perrys picked from 63 different producers are set to pip last year’s record-breaking choice. Organisers of the Manchester Beer and Cider Festival have a reputation for showcasing the best from traditional cider and perry producing regions alongside the developing northern scene. And for this year they travelled to the far south west to curate a selection of Cornish ciders from small producers.

The fermented fruit drinks have enjoyed a resurgence of popularity in recent years. Real cider and perry are traditional products made naturally from selected varieties of apples and pears; a world away from the industrially-produced cheap namesakes.

The natural yeasts from freshly-pressed apples or pears ferments the juices, producing alcohol and CO2 and are matured in barrels before being released to enjoy. Real cider and perry are never carbonated or pasteurised, a status they share with real ale.

Cider and perry bar manager Mike Robinson said: “Devon, Somerset and Herefordshire are usually regarded as the core area for production, but Cornwall has a thriving scene. This year we are offering half a dozen from the county – topping the list is the Cornish Supreme Champion Cider, Touchwood Medium Cider from Mithian near St Agnes. I believe this is the first time these six have been on sale in the North.

“We have some superb drinks from Welsh border counties. Our Northern selection comes from Lancashire, Cheshire, North and West Yorkshire and, of course, Greater Manchester. With around 30 ciders and perrys from areas not normally associated with cider production, we’ll have surprises in store for the novice and experienced drinker. We also recognise some such as designated drivers will be avoiding alcohol, so have a selection of pure apple juices available.”

Apple aficionados can look forward to sampling some of the North of England’s award-winning ciders including gold medallist Maxonian Mist by SiDa (Macclesfield) and last year’s Cider of the Festival, Grumpy John’s from Shipley in West Yorkshire. Perry gold medallist Yesterday’s Dreams by La Cantina (Elland, West Yorkshire) will also be available. During the festival, judges will be sampling 18 of the best in a competition for the 2018 North of England titles.

Cider and perry need to be taken seriously as they are usually much stronger than real ales. But that doesn’t stop producers having fun with the names. Among those ciders sure to catch the eye are Thundering Molly, Old Aged Pig, Farting Dog, Suicider and two perrys, BURP and Waterloo Sunset…

Unlike their beer counterpart, cider and perry production is seasonal, with October the busiest month. Mike added: “As natural products,cider and perry are dependent on growing conditions. I’m pleased to say the quality of last year’s fruit harvest was not affected by the inclement weather. It may have dampened your UK holiday, but it was a bumper year for growers!”

Manchester Beer and Cider Festival runs from Thursday 25th to Saturday 27th January 2018 at Manchester Central. Tickets for entry and the special tasting events are on sale at the festival’s website, www.mancbeerfest.uk