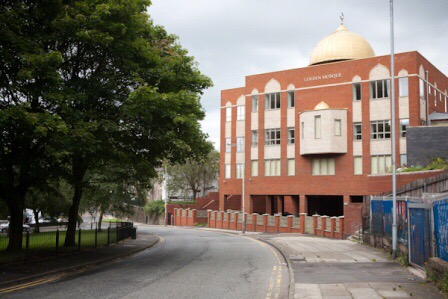 2016 kicked off to a great start for Heritage Open Days which received an award of £150,000 from players of People’s Postcode Lottery for the second year running.
This is good news for the North West which ranked as one of the top three busiest regions for organising free-to-access events over the Heritage Open Days weekend in 2015.
Now in its 22nd year, the festival is the largest and longest running grass roots festival of its type, bringing together people all over England to celebrate what makes their neighbourhoods special. For four days each September, thousands of buildings of every age, style and function fling open their doors to the public free of charge. Stories are told, traditions explored and histories brought to life through activities like guided walks, talks, tours, demonstrations and hands on history experiences for people of all ages.

Last year, Lancashire Heritage Open Days has made it possible for people to get hands on with history with rare glimpses behind the doors of places like Preston Railway Station, Blackpool Illuminations Depot, and the Thwaites Empire Theatre in Blackburn. In Greater Manchester, participants have included Greater Manchester Police, the Golden Mosque in Rochdale and the Manchester Jewish Museum.

Heritage Open Days Manager, Katja Condy said: “With registration for this year’s festival only weeks away, we are delighted to receive this funding for Heritage Open Days. This new award from players will ensure that 2016’s Heritage Open Days, running from 8th – 11th September, will enjoy the same success.

“Heritage Open Days allows us to reach beyond our boundaries to help people, families and communities form connections with their local heritage and look after the places they love. In 2015, the festival enabled 3.4 million people from across Great Britain to discover their local history, architecture and culture, with a record 2 million sampling the four-day festival for the first time. This kind of impact would not be possible without the generous support we receive from players.”

Head of Charities at People’s Postcode Lottery, Clara Govier, said: “Players’ support allowed the Heritage Open Days festival to be enjoyed by over three million people from communities across the country. We are delighted that the further award from players this year will enable this success to continue in 2016, encouraging even more people to care for and enjoy their local places.”
Registration for organisers who want to take part in this year’s Heritage Open Days opens on 8th March 2016.