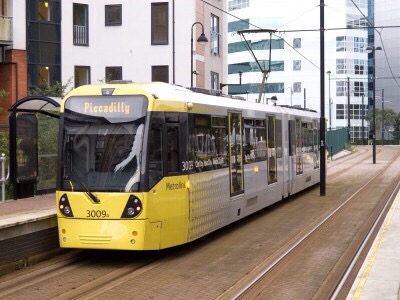 Metrolink fares will continue to be held at 2014 prices after council leaders approved Greater Manchester’s transport budget – with no annual fare increase proposed for 2016.

The move recognises the significant improvement works taking place across the Metrolink network – as construction of the Second City Crossing continues in the city centre and a new stop is built at St Peter’s Square.

Councillor Andrew Fender, Chair of the TfGM Committee, said: “We’ve achieved a huge amount over the past year, with the first phase of the Second City Crossing now up and running to Exchange Square and the major transformations of the Deansgate-Castlefield and Victoria Metrolink stops complete.

“But it is important we thank Metrolink customers for their patience and for sticking with us throughout these important improvement works and that we recognise the disruption the works have caused.

“Along with the decision to hold fares at 2014 prices, which is great news for all our customers, the construction of the Second City Crossing is continuing at pace and the network will be running better than ever before by the end of the year with a new stop open in St Peter’s Square and the end of single line running.

“This important work forms a major element of a coordinated £1 billion transport investment package which, along with bus priority measures, new and improved cycle routes into the city centre and major rail improvements, will transform transport into and across Manchester city centre.”