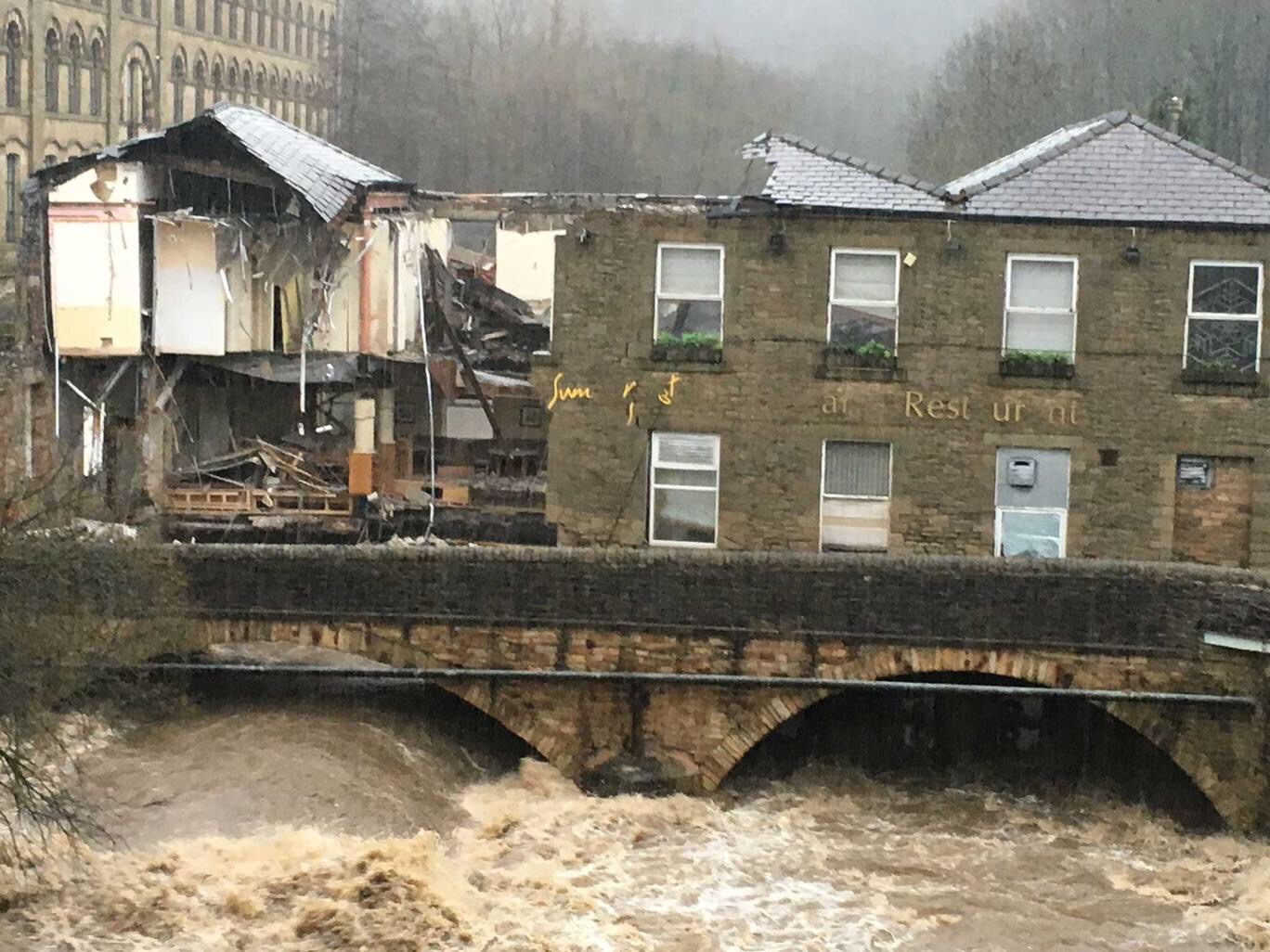 The Environment Agency has carried out 4,000 inspections and identified around 41 flood defences needing repair work in the wake of record-breaking wet weather in December across Greater Manchester, Merseyside and Cheshire (GMMC).

The ongoing work to assess and repair flood damage following Storm Desmond and Storm Eva will be outlined at an open Board meeting yesterday, chaired by Acting Chairman Emma Howard Boyd.

Heavy rain throughout December led to it becoming the wettest month on record, with the Rivers Irwell and Roch reaching some of their highest recorded flows. In GMMC 37 Environment Agency river level gauges recorded their highest ever river level, 20 per cent of the total across the area. Holden Wood raingauge, upstream of Rawtenstall recorded more that 108mm of rainfall in a 24-hour period.

In GMMC Environment Agency flood defences protected almost 5,000 properties during Storm Eva but more than 2,300 properties flooded as a result of the extreme weather. Road and rail infrastructure were affected across the three areas including the M57, M60, M62 and Metro Link Shaw to Rochdale which has now re-opened.

The ongoing recovery work includes Inspection and repair of high priority damaged flood assets, such as the flood walls in Littleborough and Rochdale and the pumping station at Bedford, which have already been repaired either permanently or on a temporary basis.

“Our focus is on recovery, repairing defences and working closely with our partners to make sure communities that were affected get all the help and support they need. The experience of local people is vital in helping us to understand what happened and what we can do differently to improve our services and drive down the risk of flooding. We want to work as much as possible in partnership with communities who know their areas better than anyone and it will be through their input that we can identify all the options available to improve the resilience of local areas.”

“Our teams have worked tirelessly to repair flood defences and help communities in particular across Cumbria, Lancashire and Yorkshire get back on their feet after the terrible flooding we saw over December and January.

“Vital flood recovery work is underway across the north of England as Environment Agency teams work to identify repairs and restore protection to communities. We will be using the £40 million provided to us by the government to carry out these vital repairs.”

“We will also continue to work with the government on its Flood Resilience Review, which will assess how we can be better protected in future from the type of extreme weather we saw in December.”

In GMMC all inspections of flood defence assets have now been completed. 41 repair projects have been identified so far, with some temporary repairs already complete, including at Bedford Pumping station where addition temporary pumps have been brought in to maintain capacity while repair work is undertaken.

The repair work will be funded in part by the government’s investment in recovery from Storm Eva and Storm Desmond, which now amounts to nearly £200 million.