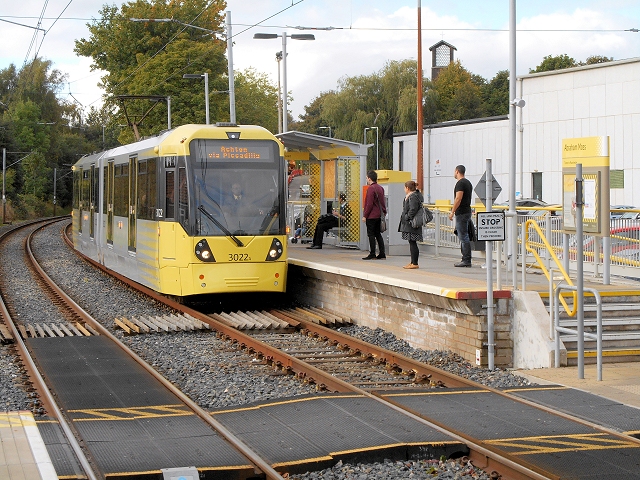 Both teenagers have received medical treatment however neither have injuries that are believed to be life threatening.

The first offender was described as a white boy, approximately 15-years-old, around 5ft 8inches, wearing a black coat and a grey hoodie.

The second offender was described as a mixed raced boy aged between 15-18-years-old, around 5ft 9inches, wearing all black clothing with his hood pulled over the top of his face and black Nike air-max trainers.

The third offender was described as a mixed raced boy aged between 15-18-years-old, wearing all black clothing.

Detective Inspector Tony Platten of the City of Manchester Division said: “This was a heinous attack that has left two young boys in hospital with serious injuries.

“We are particularly keen to speak to anyone that was on or around Abraham Moss Tram stop at the time of the attack. If you saw or heard anything unusual or suspicious please contact police as soon as possible.”