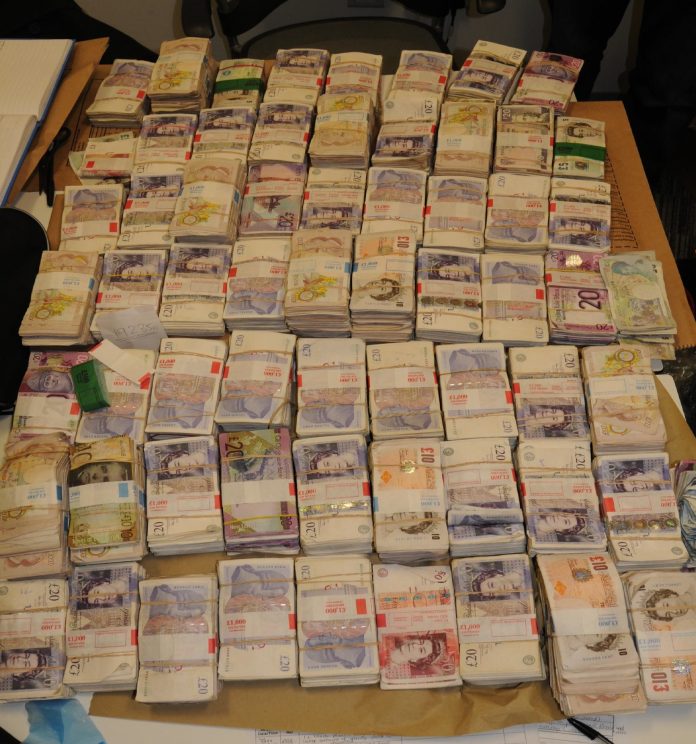 A former postmaster and his brother set up a money service bureau that was used as a front to launder massive sums of criminal money.

Choudry Yahya worked in unison with his brother Shabaz Ali and other co-conspirators.

Their business was a fundamental part of a serious organised crime group that took receipt of holdalls containing hundreds of thousands of pounds in criminal cash before using various sophisticated methods to launder the funds.

On the 6 June he and two of his co-conspirators were found guilty at Manchester Crown Court.

Now the gang have been sentenced to a total of more than 26 years in prison.

Choudry Yahya aged 49 of Manchester Road, Audenshaw, was found guilty of money laundering and was sentenced to 12 years in prison.

Shahnaz  Ali aged 28 of Manchester Road, Audenshaw, was found guilty of money laundering and perverting the course of justice and was sentenced to nine and a half years in prison.

Mustafa Boztas aged 65  of Quebec Road, Ilford, Essex, who is originally from Turkey, was found guilty of perverting the course of justice and was sentenced to two years and eight months.He will be deported at the end of his sentence and Abid Hassan aged 49 of St Ann’s Road South, Heald Green, Stockport, pleaded guilty to money laundering. He was sentenced to two years and 11 months.

Yahya lived a lavish lifestyle and paid tens of thousands of pounds so that family members could enjoy a private education.
But the criminal empire was built on shaky foundations, and when officers observed the gang’s base at an industrial unit on Arrow Trading Estate, Audenshaw, the conspiracy began to unravel.

In September 2014, officers watched co-conspirator Abid Hassan drive a hired car to the unit having taken receipt of a large bag from a known criminal following a meeting at a supermarket in Hyde.

Two further bags were delivered to the unit later the same day before Yahya and Mustafa Boztas left the unit and got into Yahya’s Mercedes.

The following day, Yahya locked his car doors after being stopped by police on Chester Road. Officers smashed the windows to apprehend him and found £250,000 in cash in bin bags on the rear seat of the vehicle.

Further enquiries led police to a car driven by Abid Hassan, which contained a holdall containing £300,000.

An hour later, detectives seized a Citroen Picasso which was parked on a side street in Trafford, it was found to contain £270,000 in cash.

Defendants were found in possession of cash totalling more than £818,000, with a further £29,604 in cash recovered from premises linked to the gang.

Upon arrest, Yahya was found to be carrying a business card linking him to SINA Exchange Ltd, a money service bureau on Stockport Road, Longsight.

The premises were previously the home of Slade Lane Post Office, which was a business operated by Yahya before it closed in 2009.

Officers from Titan and GMP raided the property and found Shahbaz Ali and Mustafa Boztas inside.

Officers found significant evidence of money laundering and fraud. The pair were in possession of a handwritten note which listed items of incriminating evidence to be disposed of including receipts which related to money transfers.

Boztas and Ali had gone to the premises after learning of Yahya’s arrest in a last ditched attempt to cover their tracks.

The Economic Crime Team of Titan examined the suspects’ financial records, they sifted through the business documents and during the investigation they exposed shell companies, large scale identity fraud, forged passports and simple money transfers attributable to over 50 false identities.

These identities had been used to obtain money transfer cards, which allowed them to send the funds.

SINA Exchange was set up simply as a conduit to allow the transfer of funds via money transfers around the world.

Evidence showed that on the money transfer cards alone, over 600 transactions were completed, showing that transfers totalling £490,855.17 GBP were sent to Pakistan.

Detective Constable Adam Gleave from the Economic Crime Team at Titan said: “This was a wide ranging investigation that involved covert surveillance over a long period of time and expert investigation of financial records.

“Thanks to the professionalism and diligence of our officers, Titan the North West Regional Organised Crime Unit and Greater Manchester Police have managed to crack a vast money laundering network.

“The general public should be very happy today. We have jailed four men who have tried to cheat the system and evade detection while moving massive amounts of money out of the UK.

“We are pleased with the sentences handed down today and police are now actively seeking confiscation of the gang’s assets.”