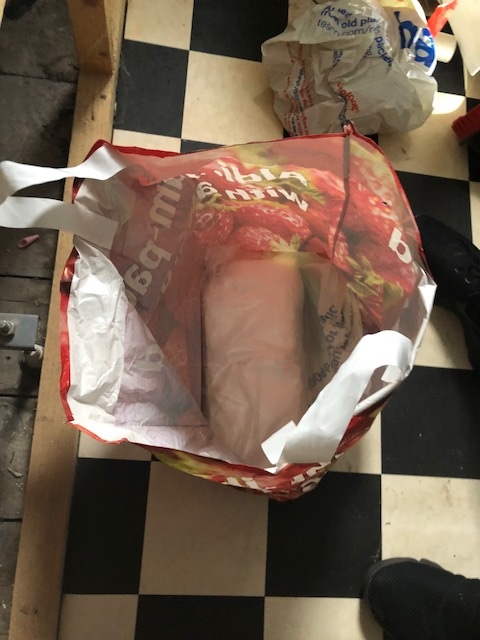 A Moston dealer has been jailed today after officers uncovered nearly £20,000 of drugs.

He previously pleaded guilty to possession of cocaine and amphetamine with intent to supply.

The court heard how on 12 April last year officers attended an address in Middleton as part of enquiries into a wanted man.

When they arrived at the property, Craig Boland burst out and attempted to run off.

After a foot chase he was detained in the street and a phone seized from his pocket uncovered texts linking him to drugs supply.

A search of his flat further revealed around £20,000 worth of amphetamines which were hidden in a plastic bag behind a bath panel. Tests identified the bag was covered in Boland’s fingerprints.

Digital scales to weigh drugs, snap bags, an encrypted mobile phone, a quantity of cocaine and £1,200 in cash were also found.

Detective Constable Darren Wayman, from GMP’s Challenger Manchester team, said: “Boland got the shock of his life when police turned up at the address he was staying at.

“We caught him completely off guard and were thankfully able to discover the full extent of his offending, including finding the incriminating texts on his phone.

“Drug dealers like Boland get their pockets lined while contaminating Manchester’s streets with drugs and blighting communities.

“With the continued work of the Challenger team, as well as information from the public, we will continue to clean the streets of criminals like Boland and make Manchester a safer place to live.”