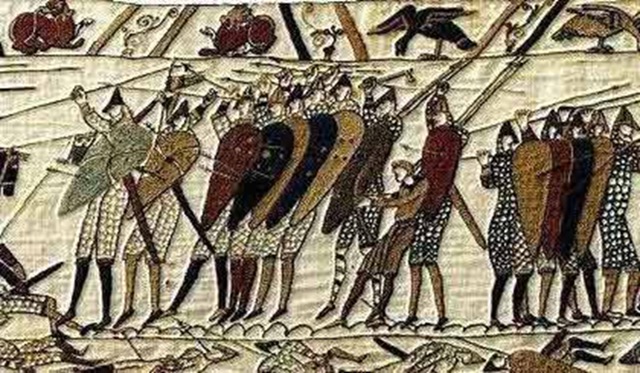 34% of people identified 1066 as the most memorable date in English history according to a new English Heritage survey, but those aged 25 to 34 recognised more Game of Thrones characters than either Edward the Confessor or Harold Godwinson, the two last Saxon kings of England.

To mark 950 years since the Norman Conquest, a new survey conducted by English Heritage reveals that 34% of people consider 1066 to be the most memorable date in English history – well ahead of the year 1945, which came second with 8% of votes.
However, the details of 1066 still cause confusion for many people. When asked to identify key players in 1066, 38% were able to name William of Normandy as the victor in the Battle of Hastings, and only 25% could identify his opponent Harold Godwinson. Just 9% recognised Harald Hardrada, as the Norwegian King who also invaded England in 1066.

The survey found that in fact, more people could identify the claimants to the ‘Iron Throne’ in TV series Game of Thrones, including Stannis Baratheon (13%) and Daenerys Targaryen (12%).

Jeremy Ashbee, Senior Properties Curator for English Heritage, said, “The death of King Edward the Confessor 950 years ago today unleashed a battle for the crown of England. 1066 was a year that saw four different claimants for one throne, brother fighting brother, and three battles, including a decisive one outside Hastings. For drama, it was the equal of anything in Games of Thrones.”

English Heritage is marking the 950th anniversary of the Norman Conquest with a year of events and activities at historic Norman sites across the country, including the site of the Battle of Hastings at Battle Abbey.

A new exhibition will tell the story of the battle and visitors will be able to stand on the roof of the Great Gatehouse of Battle Abbey for the first time to get a new perspective on the most famous battle in English history.

Members of the public can also browse English Heritage Norman sites on an interactive map, and learn about the full impact of the Norman legacy on England.

The oldest journey in Britain-one man and his dog