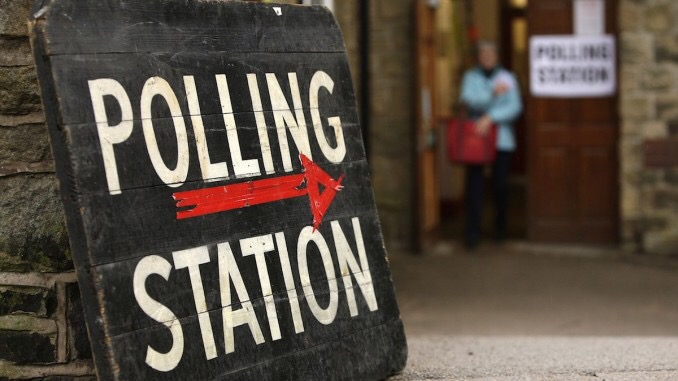 Manchester joined London, Leeds, Liverpool,  Scotland and Northern Ireland in voting to remain in Europe on Thursday. Stockport and Trafford joined them but Oldham, Salford, Rochdale, Tameside, Bolton, Bury and Wigan voted to leave. What happens next and can the divisions be healed?

It has been difficult to write this piece, our 24 hour news cycle reaching its pinicle since the early hours of Friday creating an ever changing pattern for the future.As we write, there are many questions to be asked, as the political system starts to collapse, when will we leave, will we leave, and who will lead us to this new future?

Greater Manchester stands on a cusp, devolution in politics, in health, in transport, new investment, a Northern Poerhouse, a new Mayor yet as with the rest of the country, the debate of the past few months has fractured the region, splitting the population, turning its politics on its head.

No more so than the vote itself. While Metropolitan Manchester votes to remain, it’s satellite towns voted to leave. Within Manchester itself , it would be almost certain that the south voted for Europe, the North and the East voted to leave, sharing more in common with the old industrial towns than the leafy suburbs.

These are the white working classes that have been left behind by globalisation, by Westminster and to a lesser extent the Manchester political bubble,  who have been sold the story that the EU was the root of all their problems.The immigrants that have taken their jobs, lowered their wages and put pressure on the services that they once took for granted, housing, education and health.

While the centre of Manchester has boomed, it has turned into an isolated economic island, divorced from the once solid areas of industry, jobs for life and community, devestated in the 1970’s and 80’s, the bright lights of extravagant dining, smart bars and publicly funded art events, a distant dream.

Non of the political parties have addressed the issue, tellingly Jeremy Corbyn came to Manchester last week and spoke at the People’s History Museum surrounded by his middle class intellectual fan base, whereas he should have gone to Oldham, Rochdale and Salford to convince the Labour base that it was worth staying in Europe.

So what happens one for this part of the country? The regeneration of the region has been largely at the behest of the European Union, the Brexiters argued that this was simply money had given to Brussels anyway but would this money have been distributed to the region’s by a Westminster government?

As we reported a couple of weeks ago, the idea that London and the SE would distribute money for infrastructure to the region as we have had from the EU isn’t going to happen quickly. EU money at the moment goes over the heads of the capital cities and goes more quickly to the areas that need it. Manchester, even before the bomb, had begun itself into a European capital and has been radically altered for the better as a consequence of it.

There are other areas of concern, Manchester is one of the country’s centres of science and technology.The millions poured into the new Graphene research facilities has come from the EU and the ability to exchange research across Europe is also made a lot easier by being on the inside, so this part of the country has a lot to lose.

Fifty two per cent of the North West’s exports go to the European Union, we don’t know as yet how our trade relations will be altered , the falling pound will initially make it easier to export, but over time it is thought more likely that the cost of those exports go will go up with the consequential impact on investment and jobs in the region.

According to Sir Richard Leese, the vote will already have seen a firm which was going to invest in Manchester with 200 new jobs go elsewhere.

Lib Dem leader Tim Farron told us “whether current investment is likely to remain, well you have better ask them, but what is more likely is that new investment will be less certain if we vote to leave.”

Manchester has become a centre of finance.Will companies continue to locate here, will jobs move into the single market? Who knows at this present time but uncertainty will doubtless create nervous investors.

Then there is the Northern Powerhouse. George Osborne’s crusade has had its critics, we have been heavily critical of parts of the policy. But with Osborne’s career seemingly finished, could we really see Boris and Michael Gove standing up for the North?

While it’s going to take at least two years to leave the EU, there will be immediate consequences.The fall in the pound will have immediate effects, making our overseas holidays more expensive and tending to push up prices of imports like food. Higher inflation will put pressure on the Bank of England to raise interest rates, which could in tournament lead to more expensive mortgages, probably deflate the housing market.

It could even have a negative effect on football. Simon Chadwick, Professor of Sports Enterprise at the University of Salford, said: “We are moving into uncharted territory here and this could have a big impact on the Premier League. If the pound continues to fall then foreign talent will become more expensive, so that could have a huge knock-on effect in the summer transfer window. Plus the wages of players coming to England are now worth a lot less than previously.

Hang on-it could be a bumpy ride

MP’s hear how Airport is key to the Northern Powerhouse