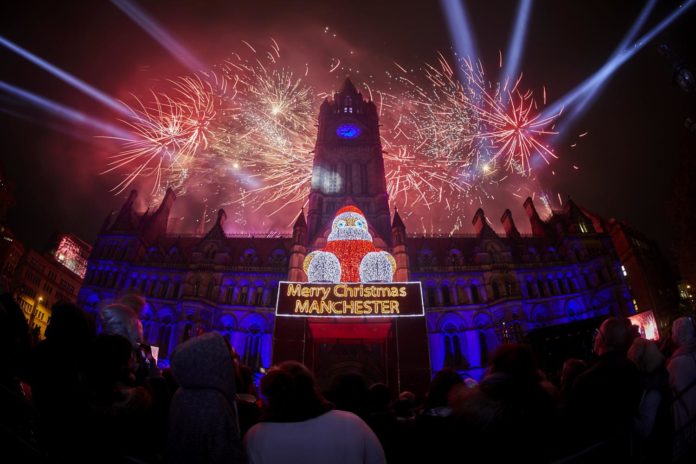 Thousands of Manchester people are expected to turn out for one of the biggest festive shows in the UK marking the season with a huge party on Deansgate for the first time.

Albert Square has hosted the show for more than two decades, but this year the event will be in the shadow of the Cathedral as the Our Town Hall project continues.

A dizzying array of acts will be on hand to celebrate the Christmas Lights Switch-on with star songstress Becky Hill taking on the responsibility of pushing the ever important button.

Becky shot to fame as the first contestant on The Voice to top the UK singles chart with her track, “Gecko”. While selling out a headline UK tour this year, Becky has released three singles, denting the charts again with previous Christmas Lights headliner, Sigala. Becky’s performance at this year’s Christmas lights switch-on event is ahead of another sold out tour planned for 2020, along with a European arena tour supporting The Script.

Next up, pop icon in the making – and former CBBC presenter – HRVY has been taking YouTube by storm, totting up nearly 240million views of his breakout tune, Personal. Following high profile tours with Little Mix and The Vamps – HRVY has since been nominated as the Choice Breakout Artist at the Teen Choice Awards and having chart success with ‘Younger’ a song in collaboration with last year’s Christmas Lights headliner, Jonas Blue.

After becoming household names competing on The X Factor, rising girl group Four of Diamonds have released five singles to date, including most recent track, “Eating Me Up” released this September – creating their own music video to accompany the track. . Having spent much of the last year supporting superstar Rita Ora on her world tour, the group will bring their brand of pop power to Manchester city centre.

Bring his malodorous views on Christmas to the show, Dr Seuss’ How The Grinch Stole Christmas will try in vain to spoil the festive mood ahead of his turn on the boards at the Lowry, but the mood will not be soured as the wives of Henry the Eighth strut their stuff with the cast of SIX take to the stage (also playing at the Lowry this Christmas season).

Panto royalty, Zoe George will also bring the magic of Snow White and the Seven Dwarfs, playing this year at the Opera House, and the cast of Gypsy will hark back to the time of vaudeville ahead of their upcoming production at the Royal Exchange Theatre.

And in what is becoming a much-loved annual fixture, the Dance Academy will return with their eye-popping moves – enough to thaw the coldest November night!

The Manchester Christmas Light Switch-on is in partnership between Manchester City Council and Hits Radio.