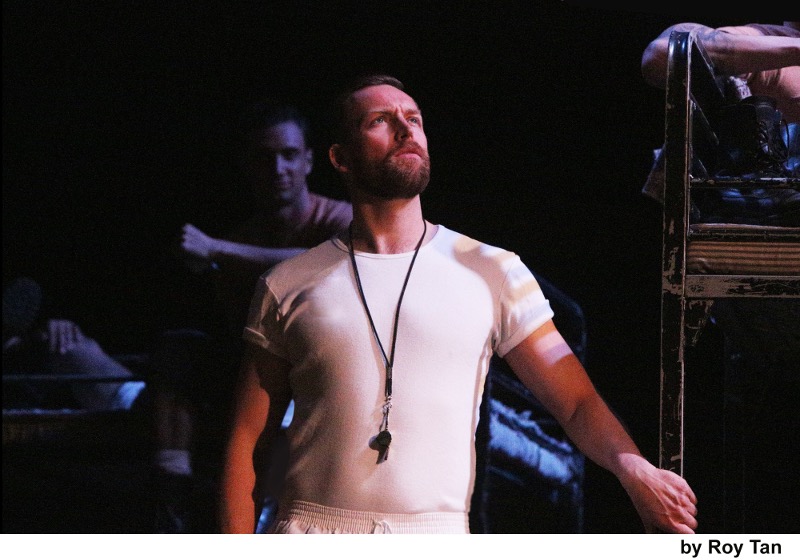 Starring Urmston’s Neil Moors as sea-shy Captain Corcoran, the all-male production of H.M.S. Pinafore will be docking at The Lowry from Thu 14 – Sat 16 July.
Set in the hold of a Second World War battleship, the cast of 16 men skillfully play both burly sailors, in the working underbelly of the vessel, and their lady visitors.

This is a frisky, innovative and heartfelt production. Its simple set and beautiful costume design allow maximum scope for inventiveness from the cast, whereby physicality and voice are key to telling the story.

Inspired in part by director Sasha Regan’s experiences of performing Gilbert and Sullivan at a single-sex school, the production plays on the humour that can emerge from these gender changes.

One of the most popular Gilbert and Sullivan operas, dealing with the age old conundrum of love between social classes, Pinafore has infectious tunes and a beautifully constructed libretto which is a perfect match for this creative team’s inimitable style.

Manchester will add a jewel to its entertainment crown with the arrival of pioneering...