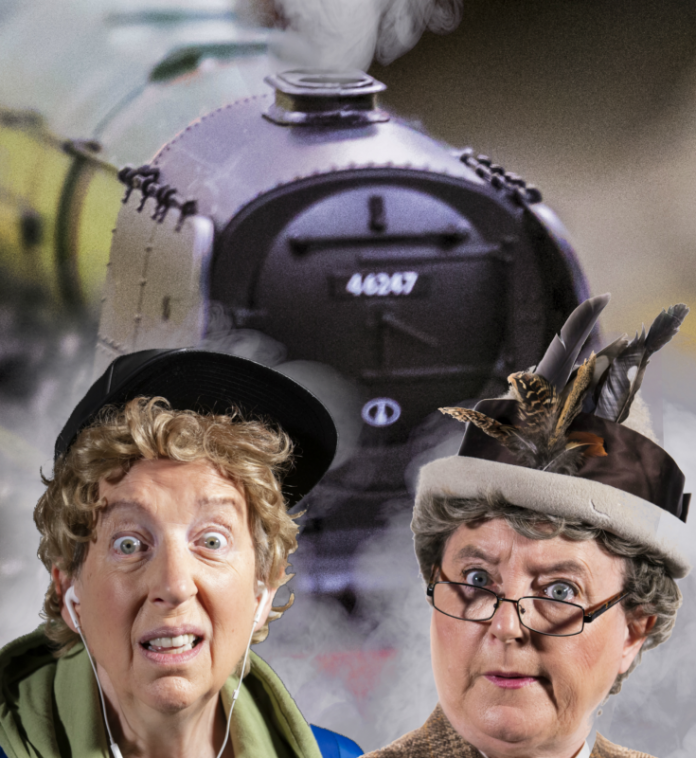 FANS of comedy, classic crime fiction, and trains will get the chance to be among the first to see a new show at Salford’s New Adelphi Theatre.

LipService Theatre, described by The Independent as ‘The Laurel and Hardy of literary deconstruction’, are bringing audiences a taste of their new show Strangers On A Train Set at the University of Salford venue on Thursday October 11, ahead of a national tour next year.

The show follows the characters on a train journey, and begins as Irene Sparrow, inventor of the left handed crochet hook – as seen on Dragon’s Den – challenges a youth to turn down his music.

She then finds herself under suspicion of murder when the train emerges from a tunnel with the young man dead.

Each passenger is reading a book, and each provides a portal into a parallel universe of train related crime – from Strangers On A Train to Murder On The Orient Express.

The show, which makes clever use of projection and multiple train sets, will finish with a Q&A session giving audiences an insight into how they developed the idea and the logistics involved in getting a comedy play from page to stage.

The pair will return to New Adelphi later in the autumn with their unique Jane Austen comic adaptation Mr Darcy Loses The Ploton Friday November 2.

It is being shown as part of the New Adelphi’s autumn season, which also includes side-splitting comedy, big band concerts, groundbreaking dance projects and even £3 Monday night film screenings.

Maggie Fox of LipService Theatre: “ We’ve set out to give audiences a whistle stop tour that will them breathless and racing for the refreshment coach.

“This will provide a great opportunity not only for audiences to get one of the first glimpses of the new show, but for them to feed into our creative process as we develop it ahead of next year’s tour.”

The performance, at 7.30pm on Thursday October 11, is free but audience members need to book tickets in advance here.

My Coffee & Deli Bar is Open!