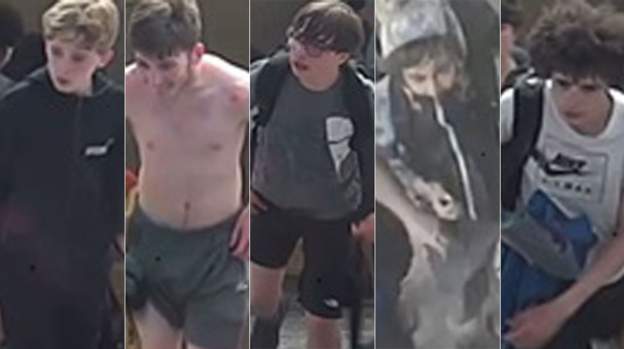 British Transport Police would like to speak to these youths them in connection with an unprovoked attack on parents of a baby.

The incident took place on a Northern Rail train between Appley Bridge and Wigan Wallgate on Tuesday 29 May.

Between 5.45pm and 6.10pm, the father of the baby asked a group of youths to be careful as they had previously knocked the pram.  This request led to a verbal argument and the group making threats to the family.

The boys then threw a bottle at the father, kicked him on his side after he fell to the floor and spat in the mother’s face.

Officers would like to speak to the boys in these CCTV images as they believe they may have information which could help the investigation.