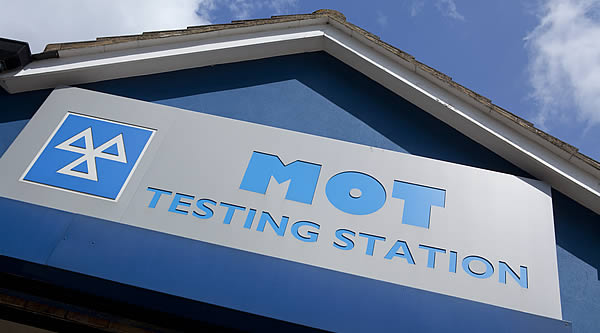 It’s that time of the year for car drivers, the dreaded MOT and this month will see nearly half a million cars require their first MOT after September 2015 saw 462,517 new cars hit the road.

With 53% of drivers admitting they don’t even know when their MOT is due and 16% of motorists saying they have put off fixing faults with their vehicles until their next scheduled service. Halfords Autocentre is launching this month-long initiative to keep more motorists on the road, and road users safe, this Autumn.

The MOT test was first introduced into Britain in 1960 by the then Transport Secretary Ernest Marples.The test was originally a basic test including brakes, lights and steering check which was to be carried out after the vehicle was ten years old and every year thereafter. This became known as the “ten year test”, or alternatively the “Ministry of Transport Test”. The high failure rate resulted in the age that vehicles became due for testing being reduced to seven years on 31 December 1961.

The list of items tested has been continually expanded over the years, including in 1968 – a tyre check,1977 saw checks of windscreen wipers and washers, direction indicators, brakelights, horns, exhaust system and condition of the body structure and chassis;

In 1991, checks of the emissions test for petrol engine vehicles, together with checks on the anti-lock braking system, rear wheel bearings, rear wheel steering (where appropriate) and rear seat belts and in 1992 – a stricter tyre tread depth requirement for most vehicles.

2005 saw the  introduction of a computerised administration system for issuing non-secure test certificates. Also rolled out in 2005 was the creation of the ‘Automated Test Bay’ while in 2012,checks of secondary restraint systems, battery and wiring, ESC, speedometers and steering locks.

Halfords Autocentre is offering a FREE MOT to any customers who shop in Halfords retail branches. Any product bought in a Halfords store between now and the 14th October entitles the buyer to a FREE MOT, which they have 13 months to redeem.

A Halfords Autocentre spokesperson says: “With many motorists in the dark about when their MOT is due and many admitting they have put off getting faults fixed until the next service, we are urging drivers to take advantage of this offer and book in their free MOT. Our expert technicians are friendly, reliable, and trustworthy and will look after you and your car to keep you on the road this autumn”

As the UK’s leading garage network with more than 300 garages UK-wide, Halfords
Autocentres is staffed by friendly, expert and trustworthy technicians who provide the
highest standards of service. The company has been ranked among the top 30 brands for
customer service in the UK Customer Service Satisfaction Index, so motorists can be
reassured that they will be very well looked after when they get their vehicle MOT’d.