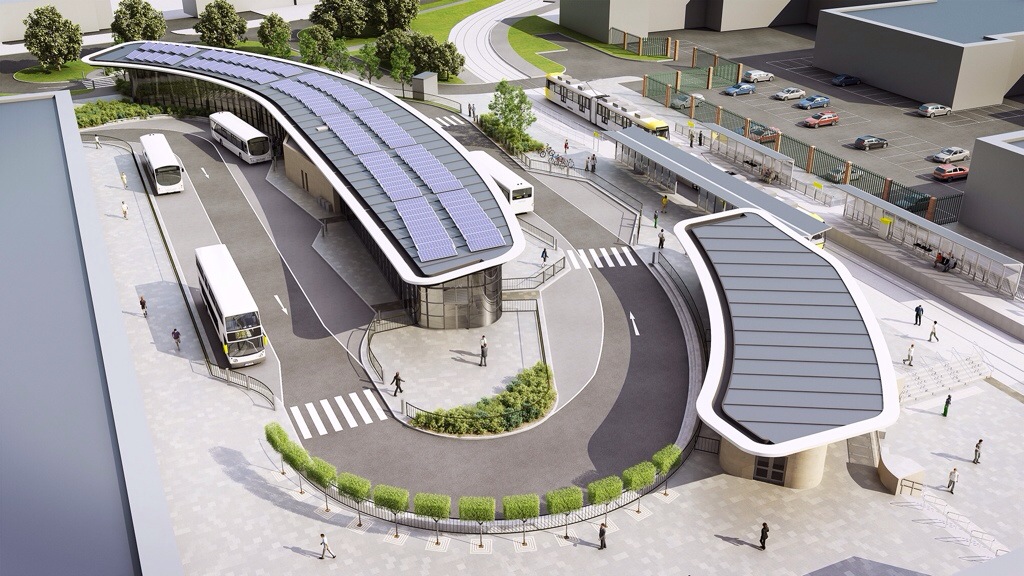 Transport for Greater Manchester has announced that construction of Wythenshawe’s new bus and tram interchange will begin soon.

The five million pound scheme has been awarded to Kier Construction from a design by Aedas Architects. The contract is worth approximately £5m.

The interchange will be located off Poundswick Lane next to Wythenshawe Forum, the site having been previously occupied by Metrolink as part of the Airport Line expansion which is due for completion in 2016.

Survey and testing work will begin on site next month with construction work expected to begin in early June.

The project will involve the construction of a new bus station alongside the Wythenshawe town centre Metrolink stop and upon completion provide a multi-modal transport Interchange.

For passengers, the new interchange will offer a range of improved services, such as modern, fully-covered waiting areas, better information and ticketing facilities, a safer, more secure waiting environment and greater accessibility.

The development will also support the wider regeneration of Wythenshawe town centre, with the release of land occupied by the current bus station on Rowlandsway playing a key role in that.

Councillor Andrew Fender, TfGM Committee Chair, said: “I’m delighted that we have reached this important milestone in the project and that people will shortly see work starting on the ground – a very real and tangible sign that their new interchange is on its way.

“It’s going to provide a modern, high quality gateway to the town centre for both bus and Metrolink passengers, improving public transport links to jobs, education and leisure with over 52,000 people working in Wythenshawe across a variety of large employers.”

New images of the regeneration of Oldham’s Parliament Square are released.

Whitworth Gallery opening is delayed until next year