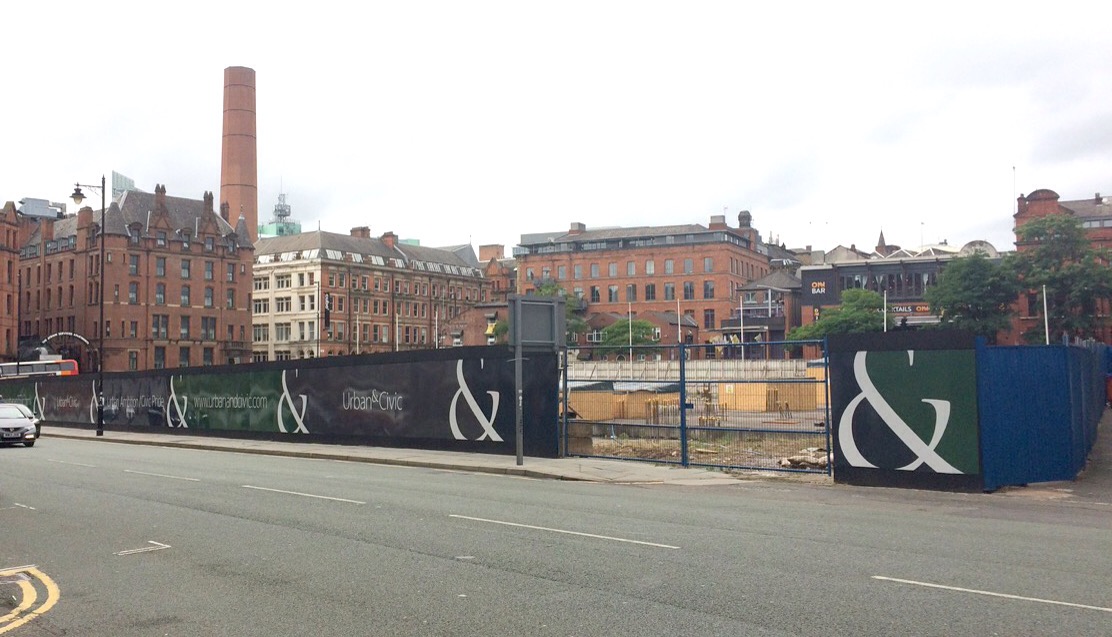 Two hundred and forty apartments, a four star hotel restaurants and retail shops are among the plans to be revealed for the site formerly known as the origin on the corner of Whitworth and Princess Street in the centre of Manchester.

Urban&Civic purchased the one-acre site with planning consent  in December 2014 and have announced that theywill be sharing their reworked plans at a public exhibition on 11 and 12 September 2015.

The site, formally known as Origin, has lain vacant for over 20 years but was originally occupied by four warehouse buildings, the last of which was demolished in 1993.

Planning permission was granted in 2007 for three buildings arranged around a public space with a four-level basement car park but since the consent was granted the economy and property market have changed, say the new owners.

Andrew Lavin, development manager for Urban&Civic explained: “We have been working with our project team on plans for a vibrant new development that complements the area’s historic context and sensitively reconnects the site to its surrounding, including the Gay Village.

“To make the scheme commercially viable we need to work to the general massing and height of the existing planning consent and use the foundations and four-level basement car park that have already been constructed.

“We believe our revised plans for the uses at ground floor level will help reinvigorate this part of the city. A landscaped public square will provide an informal space for people to meet and relax while the new retail and restaurant units will provide an eclectic and high quality environment for new and existing residents to enjoy.”

To find out more about the revised scheme, and to discuss it with members of the project team, come along to the public exhibition:
In the Brodick/Cawdor Room of The Double Tree, Hilton Hotel,
One Piccadilly Place, Manchester M1 3DG.

Through The Keyhole: Next Generation Vita Student Living revealed for Circle Square