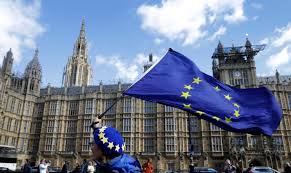 A new study shows how British attitudes have shifted on Brexit since the EU referendum.

The research, led by veteran pollster Sir John Curtice, shows that UK nationals are becoming increasingly doubtful about Brexit, with a large majority saying the government has handled the process badly.

The new National Centre for Social Research data also found that just six per cent now think the UK will secure a good Brexit deal – a massive reduction from the 33 per cent who were optimistic about the outcome of negotiations when the Article 50 process was triggered in March 2017.

Researchers also found those who voted Leave in 2016 are now almost as likely as those who voted Remain to feel that the UK government has handled the Brexit process badly.

“There is seemingly room for debate about whether leaving the EU is still the ‘will’ of a majority of voters in the UK.” warns Sir John Curtice in the report adding:

“Perhaps the key message for the politicians as they decide what to do is that those on all sides of the argument might be best advised to show a degree of humility when claiming to know what voters really want.”