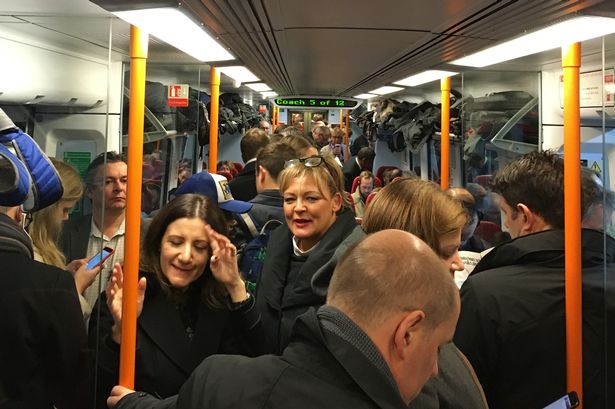 Maintaining social distancing at work after the lockdown eases will need substantial changes to commuting patterns and allowing people to continue to work from home, a new study suggests.

While fewer than one in six  use public transport to get to work across the UK, this rises to one in two  among workers living in London. However, the nature of jobs in London means these are more often conducive to home working than those elsewhere in the country.

Helpfully, workers who can work from home are much more likely to have been commuting at peak times before the lockdown. Continuing much home working is therefore likely to be disproportionately effective at reducing public transport congestion. Between 7:00 and 7:10am 24% of those travelling by public transport before the lockdown were non-key workers who could work from home, but this proportion rose to 43% of those commuting at the far busier time between 8.20am and 8.30am.

Less helpfully from the perspective of easing congestion, ‘key workers’ who cannot work from home were just as likely to have been commuting at peak times as other workers before the lockdown.

Younger workers are most reliant on public transport to get to work, with almost a fifth of workers aged 16-24 using it compared to just 9% of workers aged 55 and over. In London, 63% of working young people commute by public transport, compared to 40% of those aged 55 and over. Younger workers were also less likely to work in jobs that could be done from home before the lockdown. There will be challenges in getting many younger workers back to work safely even if the businesses that employ them do reopen.

Accommodation/food stands out alongside administration and wholesale/retail as sectors with both relatively high public transport use and low ability to work from home. Especially in London, workers in these sectors may struggle to return to their previous jobs while maintaining social distancing; in London 66% of workers in accommodation and food commute on public transport but only 28% are estimated to be able to work from home.

Soroptimist founder to get Blue Plaque