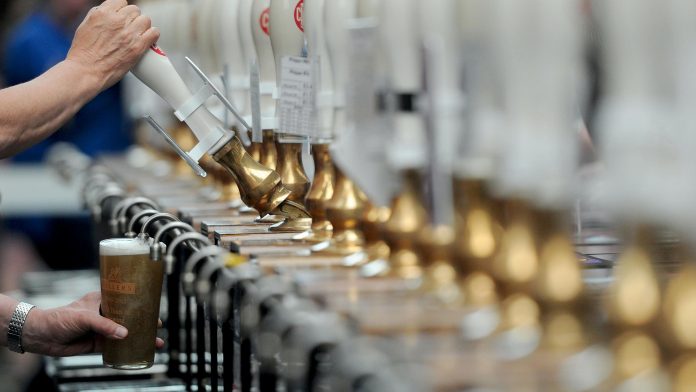 As many as 70 million pints of British beer from UK pubs will have to be destroyed after they were forced to shut due to COVID-19.

Pubs were amongst the very first businesses to be shut down due to COVID-19 in the UK, having been ordered to shut on March 20th. They will not open until 4th July at the earliest according to the Government’s recently published roadmap.

That time period will mean that much of the beer left in storage in pubs will be spoiled by the time they re-open.

The British Beer & Pub Association calculated the figures based on its database of the UK’s 47,000 pubs and estimating they had on average ten taps dispensing beer each.

Although the Government has said that the duty paid on the wasted beer can be claimed back by brewers and pubs, it is still an enormous task for the industry and heart-breaking to see so much British beer, brewed with supreme skill and care, poured away rather than enjoyed in pubs across the UK.

The British Beer & Pub Association said that some of the beer that cannot be sold has already been used for other purposes, with brewers of British beer actively finding other ways to use the beer so it doesn’t get wasted completely. This has seen unsaleable beer being used as feed for anaerobic digesters to create organic fertiliser for farming, as well as beer reused as animal feed – helping to support other sectors through the COVID-19 crisis.

Overall though, the BBPA said that the unusable beer and loss of sales due to the COVID-19 lockdown has had a devastating impact on the UK’s pubs. Whilst it believes that pubs should only open when safe to do so, without further additional support for them – particularly those who won’t be able to re-open soonest – many pubs and the brewers that supply them with beer will struggle to survive closure and beyond it said.

“It’s a great shame that so much great British beer that should have been enjoyed in community pubs up and down the country has gone to waste. People won’t have a chance to drink it as it will go off before pubs can re-open.

“Whilst it is good news that some of the beer can be re-used to help out other sectors affected by COVID-19, such as farming, it is still sad that people are unable to enjoy this beer.

“The need to destroy so much beer really shows how much our brewing and pub sectors have been affected by this crisis. We believe that pubs should only open when safe to do so, but without additional support now – particularly for those who won’t be able to re-open sooner – many more of our nation’s pubs and the brewers that supply them with beer will struggle to survive closure and beyond. The Government needs to give our sector much more support.”

Easter at the Great Northern

Pres weekender in Prestwich this weekend