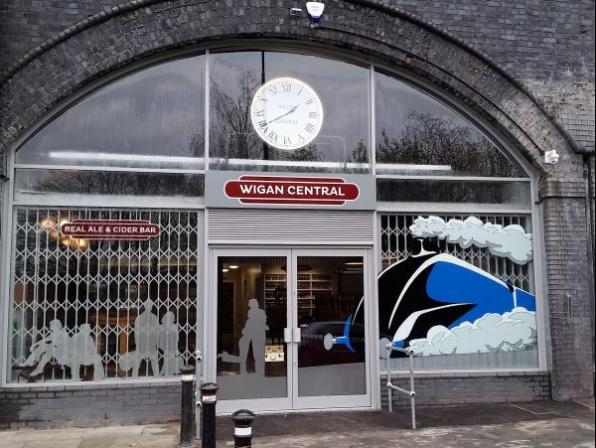 A Wigan pub opened less than three years ago has been crowned Greater Manchester’s Pub of the Year.

Wigan Central, the brainchild of the town’s Prospect Brewery has been impressing visitors since opening in the railway arch on Queen Street adjacent to Wigan North Western station in December 2014. Owners Patsy and John Slevin saw the opportunity to provide drinkers with a rail-themed watering hole. Its success has seen a doubling in size as well as increasing its offer to include seven real ales, four craft ciders and an astonishing selection of beers from the UK, Europe and beyond.

Recognised by the Wigan branch of the Campaign for Real Ale (CAMRA) as its pub of the year, Wigan Central was pitted against eight other exceptional pubs nominated by other Greater Manchester branches. An expert team of volunteer judges drawn from the 9,000 members in the region visited unannounced and evaluated the qualities of each. They scored the pubs on a variety of weighted features including quality of welcome, value for money, community focus and – most importantly – the quality of beers and ciders.

CAMRA’s regional director Graham Donning said: “Wigan Central is a wonderful take on a modern bar nestling in a 19th century railway arch. It signals that imagination and attention to detail can make a themed pub a winner. Our judges gave points for the friendly service, condition of real ales and ciders, and the unique use of railway arrival and departure screens to give clear information about the beers on tap and in the cellar. As our regional award winner, it will now line up against the rest of the country for the national title. I’m confident it will be a contender.”

Prospect brewer Patsy Slevin was thrilled with the award. She said: “Back in 2014, our aim was to have a dedicated real ale bar in a historic part of the town. We invoked memories of the long since closed Wigan Central station with our decor and furnishings that reflect the age of steam. But we aren’t stuck in the past – regulars and occasional visitors love our real time monitors showing departures at both Wigan stations.

“It’s been a busy but rewarding last few months, as we’ve also relocated the Prospect brewery from Standish to a town centre site close to the bar. Winning the Pub of the Year is just the ticket!”

Bar manager Jo Whalley has been involved in the pub trade for 13 years, but thinks Wigan Central has a unique appeal. “We’ve been delighted with the response from the town, and attract a varied section of customers – real ale aficionados, foreign beer fans and those new to the delights of well-kept beers and ciders. Our Beer Club night each month encourages drinkers to try different beers from across the world, and extending into the arch next door has given us the space to promote live music and beer festivals. Getting the regional Pub of the Year accolade tells us we’re definitely on the right track.”

CAMRA will be presenting the award to Patsy and Jo at Wigan Central on Thursday 14th September at 5.31pm. 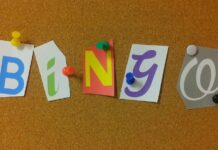