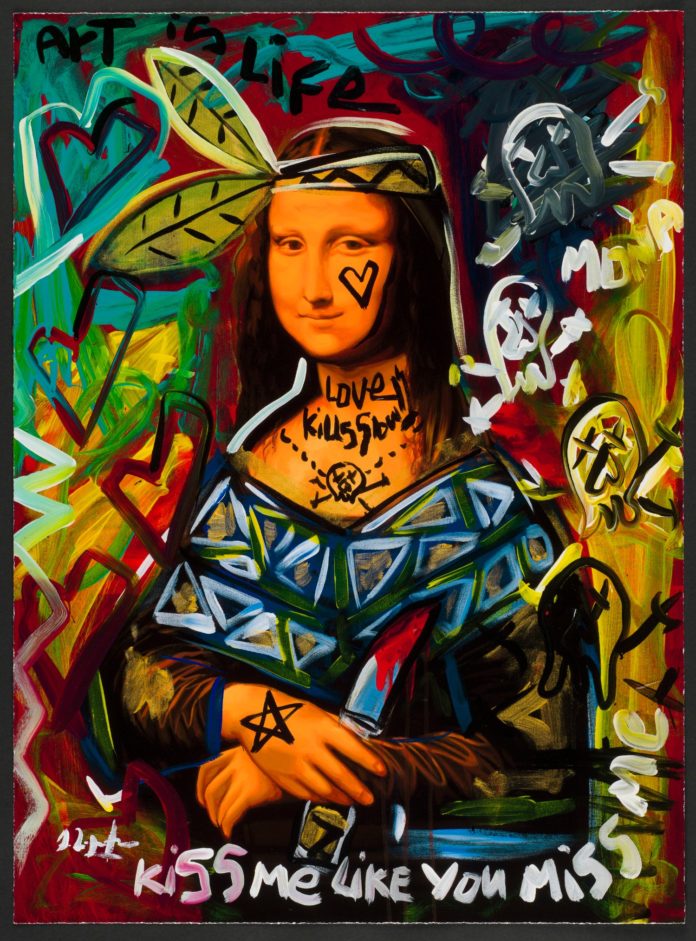 Exhibiting for the first time with Castle Fine Art, internationally renowned neo-expressionist artist, Domingo Zapata, will be releasing a series of unique pieces across the UK from next week.

The collection of both unique and limited edition prints, titled La Gioconda, will be showcased at Castle Fine Art’s 40 galleries across the UK from Friday 21st February.

A re-envisioning of the original masterwork, La Gioconda is based on the Mona Lisa and re-thinks the iconic artwork by showing what would happen if it were exposed to street art, graffiti, and different mediums. Each colour filled portrait provides a different image of what Mona Lisa could have been in different circumstances, lives, and art forms. Touching on subjects such as sexuality, opulence, and vitality, his works lure people in.

La Gioconda is comprised of signed limited edition prints, several hand embellished unique artworks and original art works. The work can be described as a multi-layered masterpiece that merges fantasy with reality, captivate the viewer. The artist uses different mediums, such as graffiti, collage, and painting, as well as powerful themes intended to force the viewer to stop and think.

Artist Domingo Zapata is a household name in the USA, having collaborated with some of the world’s biggest names, such as Modern Family’s own Sofia Vergara and former Desperate Housewife Eva Longoria. He counts names such as Johnny Depp and Leonardo DiCaprio among his collectors and friends.

As a philanthropist from humble origins, the artist actively participates with numerous charities across the globe, with some of his best known work coming from these initiatives. In the last 12 months alone, Zapata has once again visited Pope Francis at the Vatican to paint with him, having been appointed an ambassador for the pontiff’s Scholas Occurentes Foundation, as well as embarking on his most ambitions work to date; a 15-story vinyl (30,000sqft) canvas at One Times Square, which was the largest mural in New York City.

His work is acclaimed and has been featured in media outlets such as The Guardian, New York Times, Forbes, VICE, LA Times, and The New York Post.

Zapata adds: “I like to work on different subjects, things that I am passionate about, things I care or that speak to me, and use different techniques in order to get the most interesting and thought-provoking pieces.

But no matter the subject, I keep my consistency, you’ll always be able to recognise my style. The mix of different colours, the strokes, the messages are unique and that is my signature.”

Jonathan Finlan, Gallery Manager at Castle Fine Art Manchester, said: “This is a unique opportunity for Castle Fine Art, being able to work with Domingo Zapata is both exceptional and hugely exciting. We are thrilled to exhibit Domingo’s works, he’s unlike anything we’ve got in the market and brings with him an eclectic and interesting method and an extensive collection.

“His use of colour is brilliant, the mix of themes and the messages draw people to a piece and leave a lasting impression for some time to come.”

Twenty three female artists from around the world form a powerful, new collective for...